Thank you to my patrons who make my writings possible.  You are each precious soul to my heart. The news on the magnetic excursion is out!  Pssst. This has been in process for 200 years, but you will see it collapse and your life will be disrupted.  Like it or not. Sunspot watch that would usher in Solar Cycle 25, time will tell

Your protection for radiation whether it be 5G, nuclear, or cosmic rays:

What happens when the jet stream breaks down?

See you in Climate Court: Read Earth has had more major mass extinctions than we realized

All these periods of sudden, drastic species loss-share patterns. That has worrying implications for the climate-driven losses we’re seeing now.

Today’s biodiversity crisis is often referred to as the “sixth mass extinction” by those who believe we’re headed for a collapse in global species counts. But perhaps, some scientists argue, we should be calling it the seventh.

In 1982, quantitative paleontologists Jack Sepkoski and David Raup at the University of Chicago took stock of the Earth’s worst mass extinctions, naming them the Big Five. That set includes the end-Permian, the greatest extinction event of all time, which occurred around 252 million years ago and eliminated 95 percent of marine species. Read more

Democratic Candidates Sound Off on China

Three of the seven 2020 candidates at the debate argued the U.S. needs an international coalition to deal with Beijing.  Read more

The data collections include fingerprints, facial photographs, and iris scans — and they're meant to be just the start. Read more

What happens when your food product glows in the dark radioactive? 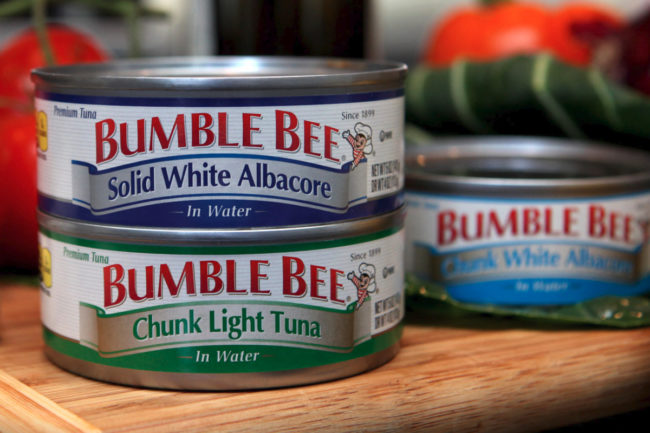 Many aspects of Egyptian culture impressed the ancient Greeks, including their mathematics, papyrus-making, art, and egg-hatching. Aristotle was the first to mention that last innovation, writing that in Egypt, eggs “are hatched spontaneously in the ground, by being buried in dung heaps.” But 200 years later, the historian Diodorus Siculus cast Egyptian egg-hatching as wondrous. In his forty-book-long historical compendium Library of History, he wrote:

The most astonishing fact is that, by reason of their unusual application to such matters, the men [in Egypt] who have charge of poultry and geese, in addition to producing them in the natural way known to all mankind, raise them by their own hands, by virtue of a skill peculiar to them, in numbers beyond telling.

Aristotle and Diodorus were referring to Egyptian egg incubators, an ingenious system of mud ovens designed to replicate the conditions under a broody hen. Read more If you consume fast food or processed food your name is on the depopulation list.  You need your body in tip-top condition for the days ahead that will stretch all biologic life to the breaking point.

Some of Portland’s best—and most creative—cuisine comes from food carts, tiny mobile kitchens clustered all over the city in collectives known as pods. The offerings are as diverse as the city, and in many ways, these restaurants on wheels make up their own version of Portland in miniature. Read more

A 1600s Famine With Echoes in the Age of Brexit

Using old tree rings and archival documents, historians and climate scientists have detailed an extreme cold period in Scotland in the 1690s that caused immense suffering. It decimated agriculture, killed as much as 15 percent of the population and sparked a fatal attempt to establish a Scottish colony in southern Panama. The researchers say the episode—shown in their study to have been during the coldest decade of the past 750 years—was probably caused by faraway volcanic eruptions. But it was not just bad weather that brought disaster. Among other things, Scotland was politically isolated from England, it is a bigger, more prosperous neighbor that might have otherwise helped. Propelled in part by the catastrophe, the two nations merged in 1707 to become part of what is now the United Kingdom. Such a famine-related tragedy was never repeated, despite later climate swings.  More about the Scottish GSM-LIA Famine: Read

Scientists are forecasting that the Pacific Northwest’s most active volcano will erupt sometime between 2020 and 2024.

The volcano isn’t one you’ll see driving along the Cascade Range, instead, you’d have to look 1.5 miles deep in the ocean to find it.  It’s called the Axial Seamount and it’s located about 300 miles due west of Astoria at the edge of the Juan de Fuca plate. If the volcano were on land, it would be one of the taller mountains in Oregon’s Coast Range.

Vitamin C is being hailed as a safe, inexpensive and effective way to reverse the course of sepsis, a potentially life-threatening type of blood poisoning.  Read more

Truth is Stranger than Fiction The celestial origin of a meteorite fragment sparked some light-hearted speculation about why the dome covering it in a Russian museum mysteriously lifted up while bemused visitors looked on.

The piece lay pride of place in Chelyabinsk's state historical museum and was a key draw to visitors who wanted to find out about the meteorite that strained retinas and dazzled the sky above the city nestled near the Ural Mountains in February 2013.

the museum's public relations head Aivar Valeev pointed out that recently, another meteorite, which he called the Chelyabinsk's "twin" had flown close to the Earth.

"We joked that the brother of the Chelyabinsk meteorite said 'hi' to our space rock and ours was simply exhaling in response," he said, according to Gazeta.ru.

However, he did emphasize that "we don't believe in mysticism," suggesting that the incident was simply down to a "technical failure."

Equally prosaic was the explanation is given by the region's minister of culture, Alexey Betekhtin, who said, "I think it's probably a technical failure, from which no one is immune."    Read more There is potential for the pyramids to have been a true shelter for cosmic events long ago whether that was the intended purpose or not.  Obviously the wind is not going to tear down these great structures pretty much a check-mark there.  It would even be difficult to argue against its flood
safety given that its internal chambers would have the air sealed in and given that the region drains off hard on a larger scale due to geography. The weight would not be long for the recession of the waters but of course, the critical question would be the cosmic rays what happens when the ionosphere is in glow mode when the aurora is global. Is this structure capable of blocking out:
The answer is yes. The images that you are about to see are three images on this topic top line of the images are the electric fields and
the bottom line of the magnetic fields created when the pyramid is subjected to increased radiation.  As the pyramid endures harsher radiation it not only creates protective fields around itself and in the surrounding zone but it directs that energy down into the ground. The safest place of all.  Descended and has also been shown that there is nothing special about the exact shape or the materials of the pyramid while other shapes will produce different shaped fields they do notice this energy reflection and concentrations occurring within around and in interesting patterns amongst the locale of just about any kind of large structure it should even work for mountains and some large modern buildings. The specific pyramid shape, however, is a lightning protector as well and that might include blasts up to the cosmic discharge as we hear about in like the stories of Thor or those by Velikovsky even an atmospheric loss and ionosphere drop would dissipate the energy received down through the wider pathways of the pyramid itself the engineering to purposely design it like this is unlikely to have been possible unless they had help or advanced civilization as much older than most scientists believe winked but as an unintended consequence of their activity potentially unintended they have indeed undeniably created a formidable stronghold against this disaster.
~~~~~~~~~~~~~~~~~~~~~~~~~~~~~~~~~~~~~~~~~~~~~~~~~~~~

Some 4500 years ago, the ancient Egyptians built the Great Pyramid of Giza as a tomb for the pharaoh Khufu, also known as Cheops, one that would ferry him to the afterlife. Now, using subatomic particles raining down from the heavens, a team of physicists has found a previously unknown cavity within Khufu’s great monument.

“Such a big void can’t be an accident,” says Mehdi Tayoubi, president of the non-profit Heritage Innovation Preservation Institute in Paris, who led the research. The discovery has already stirred the interest of archaeologists and particle physicists alike.

Made of an estimated 2.3 million stone blocks and standing 140 meters tall and 230 meters wide, the Great Pyramid is an engineering mystery, much like its two smaller sister pyramids, Khafre’s and Menkaure’s. Archaeologists know that it was built for Khufu, who died in 2566 B.C.E. But they have long wondered exactly how the pyramid was constructed and structured. Read more

Orientation patterns of more than 910 ancient pyramids, sites, and temples, randomly spread around the world, correlates with the temperature changes of the last series of glaciation cycles. Most ancient monuments are hundreds of thousands of years old. Renovations of ancient monuments were done on top of their much older foundations, leaving most of the original orientations intact. The orientation of ancient monuments is, beyond any doubt, a very potent mathematical data analysis tool, revealing an astounding, inescapable truth.


Why Orientation is the Key to Unlock Ancient Mysteries

The orientation of a building is purely mathematical because orientation is dimensionless, i.e., not physical. While the size, weight, or chemical composition of a structure might change, its orientation is, by definition, independent of material properties.

Many astronomical, religious, and even political buildings, like the pyramids of Giza, the Yerkes Observatory, the White House, the Taj Mahal, Angkor Wat, and the Vatican, are cardinally oriented. Their architects oriented them to our current cardinal system, and that means to our existing geographic pole.  Read more The artwork in Indonesia is nearly twice as old as any previous hunting scene and provides unprecedented insights into the earliest storytelling and the emergence of modern human cognition. Read more This cliff dwelling is remarkably intact for a structure nearly a thousand years old, and naming the site for Montezuma reveals an error in the early archeology of the site: It wasn’t built by Aztecs, but by the indigenous Sinagua, the pre-Columbian people who lived in the Verde Valley of central Arizona.  Read more Inside a recently unearthed building seemingly burned down during the Babylonians’ 586 B.C. invasion, archaeologists discovered a seal bearing the name of an official of the biblical king Josiah.

In describing the religious reforms Josiah enacted when he ascended to the throne, 2 Kings 23:11 says, “He did away with the horses that the kings of Judah had dedicated to the sun. They had been at the entrance of the Lord’s temple in the precincts by the chamber of Nathan-melech, the eunuch.”


God Bless you from the trenches.  Be safe everyone.