Your space weather report for today:

The sun is vacillating between a brisk plasma solar wind due to coronal hole sending wind our way and periodic flat-line Kp days.  Science shows that when we have this type of set up the impact of cosmic rays is much worse, than just a solid flat-line Kp day.  Briefly:  we will be flip-flopping between geomagnetic storm potential and Kp flat-line for the next few days.

Not only dodo politicians receive your tax dollars to live lavish lifestyles devoid of representation, but we will also now witness exorbitant Pay-to-Service fees (in addition to taxes), the likes of which you have never seen.

Mailers say the new system could create uncertainty and drive customers away from the Postal Service.  Read more

Last Friday, Usman Khan, a 28-year-old British national who was released from prison on parole in December 2018 after serving eight years for terrorism offenses, killed two people a machete near London Bridge. Earlier in the day, at the same site, he had attended an alumni celebration event hosted by the organizers of the Cambridge University Learning Together program, having been invited to share his experiences as a former prisoner.  Read more

A new program seeks gear that can guarantee troops' survival amid multiple chemical and biological agents.

According to a recently published broad agency announcement, DARPA’s Biological Technologies Office launched the Personalized Protective Biosystem, or PPB program to rapidly-produce wearable technology that prevents threatening agents from entering the body and cutting-edge barriers that can neutralize damaging agents when they come into contact with people’s skin, eyes, and airways. Read more World food prices rose significantly in November, reaching their highest point in more than two years, driven by jumps in the international prices of meat products and vegetable oils.

Commonly-traded food commodities averaged up 2.7 percent from October and 9.5 percent from the same period a year earlier.

Meat Price Index increased by 4.6 percent, its largest month-on-month increase in more than a decade.

Sugar Price Index rose by 1.8 percent from October, buoyed by mounting indications that world sugar consumption in the coming year will surpass production - which is being hampered by less-than-ideal growing conditions in Thailand, India, France and the United States of America.

Cereal Price Index, by contrast, declined by 1.2 percent amid stiff competition among the world's leading wheat exporters. This will not last long.

Dairy Price Index rose marginally from October, nudged up.  I just talked with a mid-west dairyman and most local dairies in America have gone bankrupt.

Edibles in plain sight: 15 Common wild plants that are safe to eat When you’re in the wild, the usual food sources may no longer be available. You’ll need to find your own food through hunting or foraging. These skills rely greatly on your knowledge of which foods you can eat.  Read more

While it's common for galaxies to coexist peacefully in the same cosmic neighborhood, these two galaxies are a bit too close for comfort. The galaxies NGC 6286 (right) and NGC 6285 (left), collectively known as Arp 293, are tugging at each other with their mutually strong gravitational attraction, dragging wisps of gas and dust out from the galaxies and into interstellar space. This causes the galaxies to appear "smudged" and blurred from our perspective on Earth. The Hubble Space Telescope captured this image of the galactic pair, which is located more than over 250 million light-years from Earth in the constellation Draco. — Hanneke Weitering 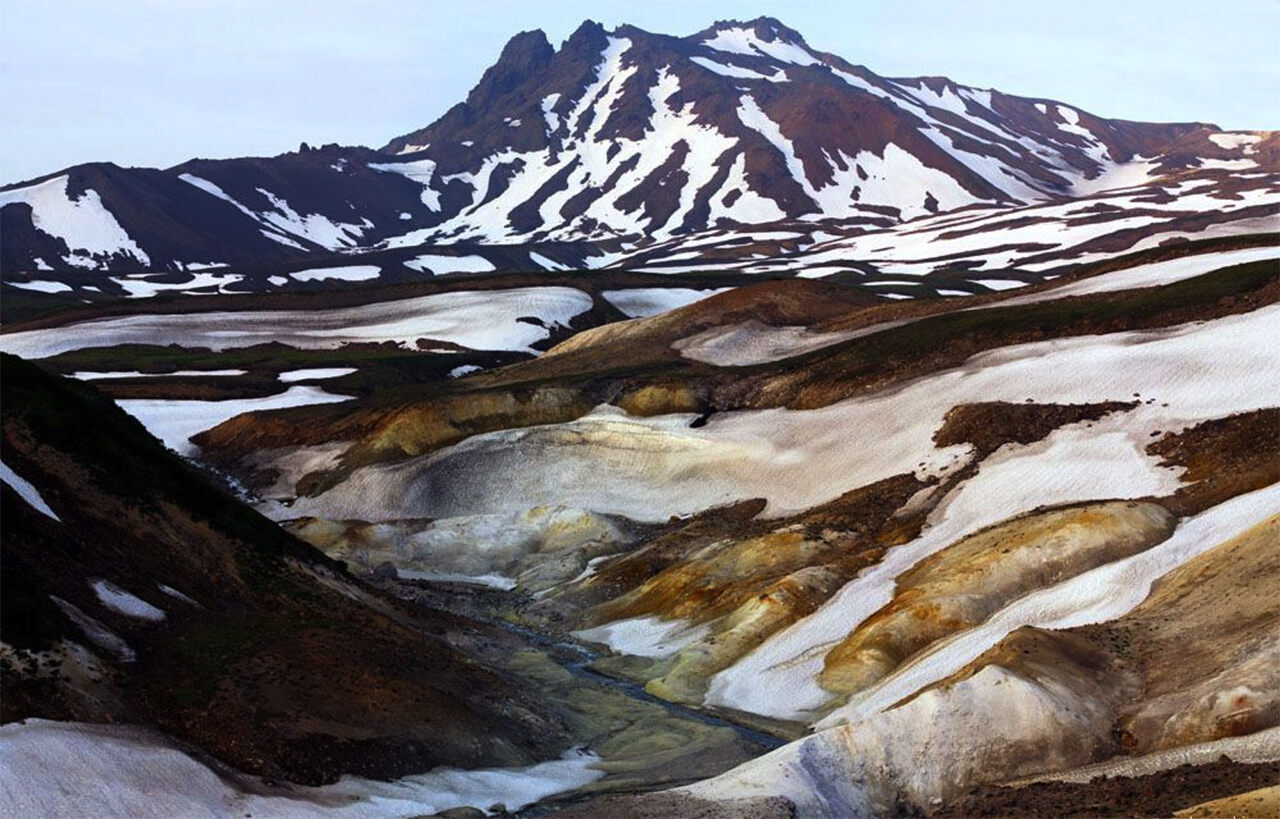 The "Valley of Death" in Kamchatka, Russia. I. Shpilenok / Kronotsky Reserve / Kronoki

The Kamchatka Peninsula, in Russia’s Far East, is a volcanic winter wonderland. Snow blankets a chain of eruptive mountains here that shower the land with molten fireworks. It is as beautiful as it is biodiverse, with a myriad of aquatic, aerial, and terrestrial species.  Read more

Mono County in California is a land of contrasts.  It contains these large boulders that formed during a magma blast and also the world's oldest tree the bristlecone pine.  It has many cavernous areas that are excellent for spelunking.

A natural dome made of volcanic glass in Inyo National Forest.

At the end of a dusty dirt road off California’s Highway 395 lies a mountain made of volcanic glass, also known as obsidian. Located just north of Mammoth Lakes, the dome is part of the Mono-Inyo volcanic chain.

Obsidian Dome has formed about 600 years ago during a phreatic blast when magma hits the water on its way to the surface.  Read more Grow garlic in your windowsill in garlic bottles (personally I would choose glass to avoid plastic endocrine disruption.

How the fourth state of matter could enable more nimble satellites and change the space game.  Read more

Robotics Researchers Have a Duty to Prevent Autonomous Weapons

Robotics is rapidly being transformed by advances in artificial intelligence, and the benefits are widespread. But our ever-growing appetite for intelligent, autonomous machines poses a host of ethical challenges.  Read more

Crack open your average history textbook, and you’ll probably find the tragic tale of the Justinianic plague, a pandemic that tore across ancient Europe and Asia between 541 and 750 A.D., claiming an estimated 25 million to 50 million lives.

Bacterial DNA isolated from human remains confirms people died from the disease, the authors conclude—but not to the extent of population collapse or political pandemonium. Read more

Where did all the Clovis people go?

According to geologists, in the interval from 10,000 to 8,000 BC, some 35 to 45 species of large mammals became extinct. This is called a mass extinction. Mass extinctions can be defined as species death within a relatively short interval of time.

None of the mainstream theories which attempt to account for these great extinctions are entirely satisfactory. This is likely because orthodox geologists are operating out of the straitjacket of the theory of uniformitarianism, which suggests a rather slow, gradual change over time. Read more

Asherah and the Asherim: Goddess or Cult Symbol?.

Who is Asherah? Or, perhaps, what is asherah? The Hebrew means “happy” or “upright” and some suggest “(sacred) place.” The term appears 40 times in the Hebrew Bible, usually in conjunction with the definite article “the.”  Read more

Skipping the Gym? Blame your Epigenome

There may be an underlying reason for the difference between people who exercise regularly and those who don’t. A new study points to the epigenetic control of certain genes to explain the distinction. Researchers disrupted DNA methylation in neurons of the hypothalamus, resulting in mice that lacked the desire to be active. Since epigenetic mechanisms are more malleable than genetics, the findings suggest a potential way to help "program" people to enjoy being more physically active.  Read more

A University of Michigan team discovered that roundworms that produced increased levels of ROS during early development lived longer than those that produced less ROS and that this was linked to the effects on a specific histone modifier. Read more

Mindfulness Could Lower Your Blood Pressure

The apostle Paul said to “live wisely among those who are not believers and make the most of every opportunity. Let your conversation be gracious and attractive so that you will have the right response for everyone” (Col 4:5–6). Having the right answer for everyone isn’t easy. Sometimes when we’re stuck about what this passage means or how that Scripture is to be applied, we may be tempted to say, “We take these things by faith.”

But again Paul reminds us that “if someone asks about your Christian hope, always be ready to explain it. But do this in a gentle and respectful way” (1 Pet 3:15–16).