Coming soon......Seven Thunders Revealed is in the final editing

Space weather forecast for today:  Quiet.  We did receive a plasma filament that sent a solar wind buffeting our earth. The good news is that you cannot go lower than Kp 0, so today, we will be slightly gaining above flat-line.  Keep watch over unusual health symptoms and volcanic activity. As part of the regular update cycle of the World Magnetic Model, NCEI, in collaboration with the British Geological Survey will release the WMM202 today, December 10, 2019.  No word as yet, but since yesterday, there is a flurry of employment posts so the data must be in:

We have TWO vacancies within the Geomagnetism Team. We are looking to recruit a Geomagnetic Instrumentation Engineer and a Geomagnetic Electronics Engineer (apply by 10th January 2020). Scientists have long known that lightning from thunderstorms can cause perturbations in the lower ionosphere, partially ionizing the layer and creating disturbances in radio frequency communications. These disturbances usually occur over time scales of less than 15 seconds. However, scientists have also noted ionospheric perturbations occurring over time scales of several minutes, coincident with thunderstorms. Because of the longevity of these signals, it’s unlikely that they are caused by single lightning strikes; rather, they appear to result from the electrical activity of a thunderstorm as a whole. Koh et al. provide the first analysis of this type of long-  term, lower atmosphere–ionosphere energy coupling and propose that heating observed in the ionosphere results from charges in thunderclouds redistributing as updraft strength increases.  Read more

The evolution of advanced information environments is rapidly creating a new category of possible cyberaggression which involves efforts to manipulate or disrupt the information foundations of the effective functioning of economic and social systems. Researchers are calling this growing threat of “virtual societal warfare.”

The evolution of advanced information environments is rapidly creating a new category of possible cyberaggression which involves efforts to manipulate or disrupt the information foundations of the effective functioning of economic and social systems.

I do not want to fall into the trap of the cosmic ray devil made him do it, but if the shoe fits, one must at least explore that possibility.  Aggression, we all deal with it. During a time such as these Kp flat-line days, the violence of all kinds escalates dramatically.  Some people will kill, others will fight, and verbal hostility will intensify.  We need to protect ourselves from invisible forces of all kinds that make us vulnerable.

The FBI has opened a terrorism investigation into Friday's deadly shooting at Pensacola's Naval Air Station that killed four people, including the attacker. The incident was the second deadly shooting at a U.S. naval base in less than a week. (A sailor shot three civilians on Wednesday at Pearl Harbor; two of them died before the shooter then killed himself.)

The Defense Digital Service brings in civilian and military personnel for two-year “tours of duty.” Its first satellite office opened on Nov. 20 in Augusta, Georgia, and was named “Tatooine,” after Luke Skywalker’s home planet in the Star Wars series. It’s located within the Georgia Cyber Center, a building owned by the state of Georgia that fosters collaboration among government, academia and industry. The building is also near the Army base Fort Gordon and the U.S. Army Cyber Command. COP25 hears a call for 'radical transformational change' of the food system: ‘Nobody should feel any comfort’

Efforts to transform the food system and tackle the impact of food production on climate took center stage at the UN climate change conference, COP25, in Chile this week. But while various actors were keen to flag the work already being undertaken

Crickets as a new protein source? No whey

Entis, a Scandinavian insect food brand, has launched a protein powder that is dairy, gluten and soy-free.

Dairy protein without the cow? ‘Cell factories do all the work’

Danish researchers have developed ‘cell factories’ that can produce food ingredients from the by-products of food production that would otherwise be wasted.

Do plants have a language that can be communicated?

Stressed plants show altered phenotypes, including changes in color, smell, and shape. Yet, the possibility that plants emit airborne sounds when stressed – similarly to many animals – has not been investigated. Here we show, to our knowledge for the first time, that stressed plants emit airborne sounds that can be recorded remotely, both in acoustic chambers and in greenhouses. We recorded ∼65 dBSPL ultrasonic sounds 10 cm from tomato and tobacco plants, implying that these sounds could be detected by some organisms from up to several meters away. Read

The secret of the stripes?  What makes this so intriguing is that over at Suspect Sky there was a conversation about the World War II Glimmer Ships, stripped ships used for camouflage and also are an integral part of the Mandela Effect.  Ummmm... New research solves some of the mysteries of the "tiger stripes" on Saturn's moon Enceladus.

The moon has been of particular interest to scientists ever since it was observed in detail by NASA's Cassini spacecraft. With Cassini's data, scientists detected an icy, subsurface ocean on the moon and strange, tiger stripe markings on the moon's south pole that are unlike anything else in the solar system. Icy material from Enceladus' ocean spews into space through these stripes, or fissures, in the moon's surface.

That’s a new record for New Zealand… And could this strong electric event have something to do with the deadly eruption of White Island on New Zealand’s South Island? Volcano F is the origin of 'floating stones'

Stones do not float in water—this is a truism. But there is hardly a rule without exception. In fact, some volcanic eruptions produce a very porous type of rock with a density so low that it does float: Pumice. An unusually GOES complex super chemistry.  Slicing and dicing the atmosphere, any way you like it.  Read

An app released by a research team at the Berkeley Seismological Laboratory could someday provide early earthquake warnings around the globe, upending the traditional way of monitoring earthquakes worldwide. 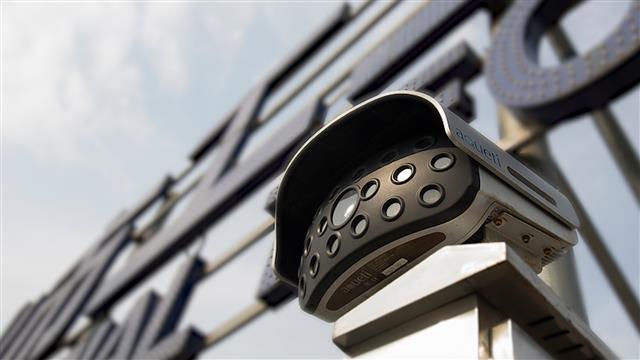 As governments and companies invest more in security networks, hundreds of millions of more surveillance cameras will be watching the world in 2021, mostly in China, according to a new report. Climate change isn’t captured just by thermometers—grapes can also do the trick. By mining archival records of grape harvest dates going back to 1354, scientists have reconstructed a 664- year record of temperature traced by fruit ripening. The records, from the Burgundy region of France, represent the longest series of grape harvest dates assembled up until now and reveal strong evidence of climate change in the past few decades.  Read more

In 2014, a team of scientists in London carried out high-tech scanning on eight Egyptian mummies from the British Museum, uncovering fascinating information about them, including the revelation that one of the female mummies apparently has a tattoo symbolizing Archangel Michael on her inner thigh.

Whitewashing goes way back in time.

Woe to you, scribes and Pharisees, hypocrites! For you are like whitewashed tombs which on the outside appear beautiful, but inside they are full of dead men's bones and all uncleanness.  Matthew 23:27

Thus I will spend My wrath on the wall and on those who have plastered it over with whitewash, and I will say to you, 'The wall is gone and its plasterers are gone  Ezekiel 13:15 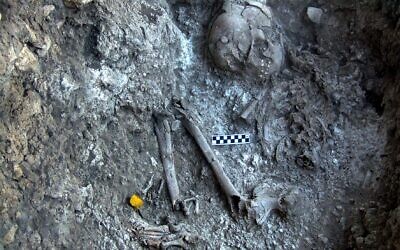 Close-up of a 12,000-year-old human burial embedded in the white material found in the Ein Gev cave. (courtesy)

If you thought egg or bovine based vaccines were bad... I am not sure that engineered probiotics is a treatment or a problem-in-waiting.  I did notice that there are some very effective strains of probiotic that reverse obesity and they are withholding them from the public.

Scientists at Harvard's Wyss Institute for Biologically Inspired Engineering have genetically programmed living material that facilitates intestinal wound healing and could be developed as a probiotic therapy for inflammatory bowel disease.  Read More

Antibiotics from the sea-Potential source of new antibiotics

Biologists have succeeded in cultivating several dozen marine bacteria in the laboratory -- bacteria that had previously been paid little attention. The researchers then carried out a functional characterization of the bacteria, thus enabling a systematic screening for active substances. Initial bioinformatic analyses and cell biological observations indicate a potential for the production of new antibiotics.

Nearly three-quarters of all clinically relevant antibiotics are natural substances, produced by bacteria. However, the antibiotics that are currently available are losing their effectiveness and increasing numbers of pathogens are becoming resistant. This means there is an urgent need for new antibiotics, but at present fewer than one percent of known species of bacteria are available for the search for active substances. The remaining 99 percent is considered, impossible to cultivate' and is therefore hardly studied. Read more

Then the angel took the censer and filled it with the fire of the altar, and threw it to the earth, and there followed peals of thunder and sounds and flashes of lightning and an earthquake.  Revelation 8:5

The people on White Island got a taste of what the days leading up to Judgment Day will be like.  None of us knows when our days will be up. ﻿Today, ensure that your eternity is with Jesus.