On January 15th I talked with George Noory on Coast to Coast AM about Extinction Level Events.  It is a show that you do not want to miss. Patrons Only!  Q &A with Celeste

Celeste will answer any topic.  Join us for this Q&A

This week broadcast we will have Aussie Watcher back with Miracles our of the ashes of Bushfires and more!

Your space weather for today is Quiet with some minor variations in Kp and the magnetometer.  The three-day forecast is all quiet today, some activity tomorrow within quiet range, and possibly a little more quiet but scaling upward activity for Monday.  No solar streams are expected until January 20th.

The thermosphere is cold but not as cold as 2009, or so they say.

Cosmic neutron rays are High and creeping upward by +0.2% in the last week.

If you want to trust AI for your weather, well God help you!

A team of researchers working at Google's Mountain View research center has developed a new weather forecasting model that allows for near 'instantaneous' forecast, as shared by Google in a blog post on January 13, 2020. The firm says...... Read more The Future of Money: AI Investors, Crowdlending, and the Death of Cash

Every day, roughly 60 percent of all market trades are made by computer. When the market turns volatile, this can...Read more

The Birds of Prey are gathering.  This does not surprise me given my owl encounter. Vultures of Doom and Impending Changes to Earth?

Watch David DuByne's ADAPT 2030 video from this week.  Sorry, I kept forgetting to insert it under the Birds of Prey.

Vultures have begun invading cities as they begin to gather and prepare for the Great Days of Slaughter ahead.

I am not a big one for cloning (non-tech) but the day may come when we need to think outside-the-box to eat.  This is a skill to acquire now hen helpful resources are available and you have time for the learning curve.

Figs are one of the first plants many gardeners try to clone because of their notoriously quick and easy ability to be rooted from cuttings. And what could bring a gardener or homesteader more joy than propagating plants for free from ones that they already have?  Read more

An average swarm can destroy as many food crops in a day to feed 2,500 people, authorities say. We have established through the months that the sun, not humanity, controls the weather.  We are now going to add a piece to our weather and catastrophe puzzle and add in the dimension of planetary influences upon the earth.  The ancients knew that the planets impacted our earth from growing cycles to weather to catastrophe.  We recently looked at how the planets are changing as the Galactic Electric Current Sheet ripples through our Solar System.  Now we must drill down and take a look at planetary alignment.  Earths largest disasters often occur during times of certain planetary alignment.  Hang on to your hat because 2020 is going to have some spectacular energetic planetary alignments that are going to disrupt life as you know it.  Video coming this weekend at Suspicious Observers.  Preparing for this video by watching the Planets and Sun playlist (only 4 short videos)  Read Peer Review paper

Discover the link between this salinity issue and Sodom and Gomorrah, this week exclusively for my patrons.  Join us now for this study of Isaiah the Prophet of Catastrophe.  Will salinity go global?

Thailand is experiencing its worst drought in 40 years, causing tap water to turn saline as the water level at Chao Phraya River-- a major water source-- dropped too low to keep seawater out. According to authorities, the dry spell is also affecting water for...... Read more

Natural catastrophes cause overall losses of $150 billion, with insured losses of about $52 billion. Severe typhoons in Japan cause the year's biggest losses. Hurricane Dorian, the strongest hurricane of the year, devastates the Bahamas, but the U.S. mainland was largely spared. A humanitarian tragedy caused by cyclones in Mozambique, with more than 1,000 deaths.  Read more

Which tech companies are really doing the most harm? Here are the 30 most dangerous, ranked by the people who know.  Read more

This blue is both a protective talisman and a source of suffering.  While color with its different frequencies does impact the physical world, keeping evil spirits at bay requires a rebuke in the Name of Jesus.  This is yet another reminder to us that there can be evil powers attached to protects that we buy and use.  They seek to gain entrance into your life.  It is another reason to acquire and use DIY skill sets. In the Lowcountry of South Carolina and Georgia, the color "haint blue" had the power to protect enslaved Africans and their descendants from evil spirits. But it was also the source of their unspeakable suffering.  Read More

It is important to study the history of the past for in it Christians can see their future of coming persecution. 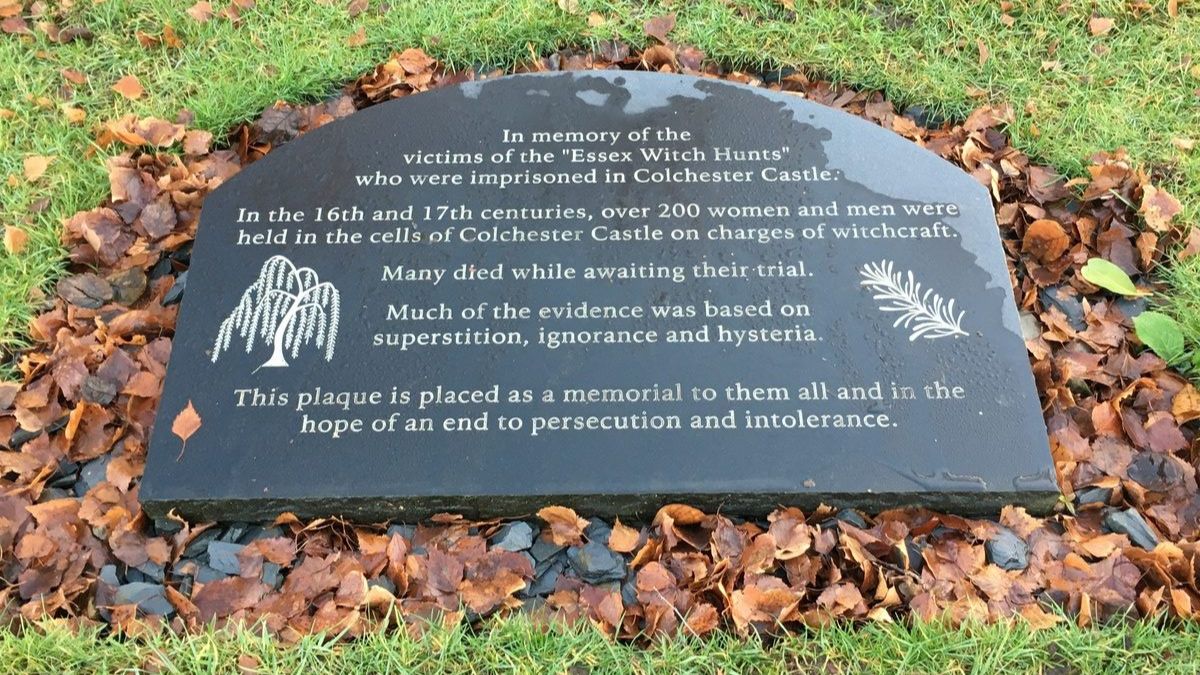 Centuries after a wave of suspicion and superstition surrounding witches led to the executions of thousands, the victims of Great Britain's greatest hysteria are finally being remembered.  Read more This 7,000-year-old megalithic wonder covered by a Franco-era reservoir emerges in times of drought.

It’s a rare opportunity to be able to contemplate three distinct layers of human history, spanning out over 7,000 years, at one site. But if you’re lucky and wind up near the Spanish town of Peraleda de la Mata during a severe drought, you can appreciate an impressive burial site created by ancient humans, the tragic repercussions of Franco’s civil engineering projects, and the climatic forces that are threatening to disrupt life as we know it.

Parallels of Abortion and Child Sacrifice There war against vision, for a people without vision perishes, it is a biblical truth. I can testify that may your eyesight fail, spiritual vision will see you through.

The digital world has been creeping closer to your face. It was a time when a laptop was about as personal as you got with a computer. Then came smartphones, and a few years later, some of us started strapping...  Read more

Notice this encouragement towards wearables for surveillance purposes.  No cure or treatment, just watching you suffer.  In the coming days, the only treatment will be genetic alteration you will need to submit your blood to scientists to acquire that.

A population-based study (The Lancet: Digital Health) Acute infections can cause an individual to have an elevated resting heart rate (RHR) and change their routine daily activities due to the physiological response to the inflammatory insult. Consequently, we aimed to evaluate if population trends of seasonal respiratory infections, such as influenza, could be identified through wearable sensors that collect RHR and sleep data.

The field of metabolic engineering has achieved biochemical routes for the conversion of renewable inputs to structurally diverse chemicals, but these products contain a limited number of chemical functional groups. In this review, we provide an overview of the progression of uncommon or ‘nonstandard’ functional groups from the elucidation of their biosynthetic machinery to the pathway optimization framework of metabolic engineering. What is the Valley of Siddim?  How is this valley associated with the Great Rift?  Who were these kings of Sodom and Gomorrah?  What does this verse have to do with catastrophe?  How does it apply to your life?

Isaiah is one of the most fascinating men in the Hebrew Bible—and also one of the most mysterious. His writings are cited more than any other Hebrew text in the New Testament and continue to be among the most influential to Christians everywhere, even in modern society.  He is represented more numerously among the Dead Sea Scrolls than all the other prophetic texts combined.

Join us as we study Isaiah the Prophet of Catastrophe