Celeste will be a Key Note Speaker at: BATTLEMIND: Biblical Tools for Overcoming
the Wasteland of Wickedness


Steeling Your Mind and Wielding Your Sword Against the Beast

Practical tools from the Bible to engage and spiritually win during the End Day prophetic wars.

(For the weapons of our warfare are not carnal, but mighty through God to the pulling down of strong holds;) Casting down imaginations, and every high thing that exalteth itself against the knowledge of God, and bringing into captivity every thought to the obedience of Christ;
2 Corinthians 10:4-5.

My guest this week is Dr Michael Christian has been a practicing optometrist for over 25 years and has a PhD in the integration of vision, mind and body. Michael is a dynamic Christian.

He is writing a new book, From Seeing to Being.

Welcome to our vibrant, Jesus-centered
Interactive News and Community One of the most exciting and inspiring highlights at the Celestial Report Community is our weekly personal testimonies of how Jesus helped us overcome many obstacles and troubles in our lives. This is an example of what we share weekly.  This is the personal testimony of Susan Walter and she has graciously permitted me to post it outside our community.

5 Things You Need to Know about Fission Surface Power Systems 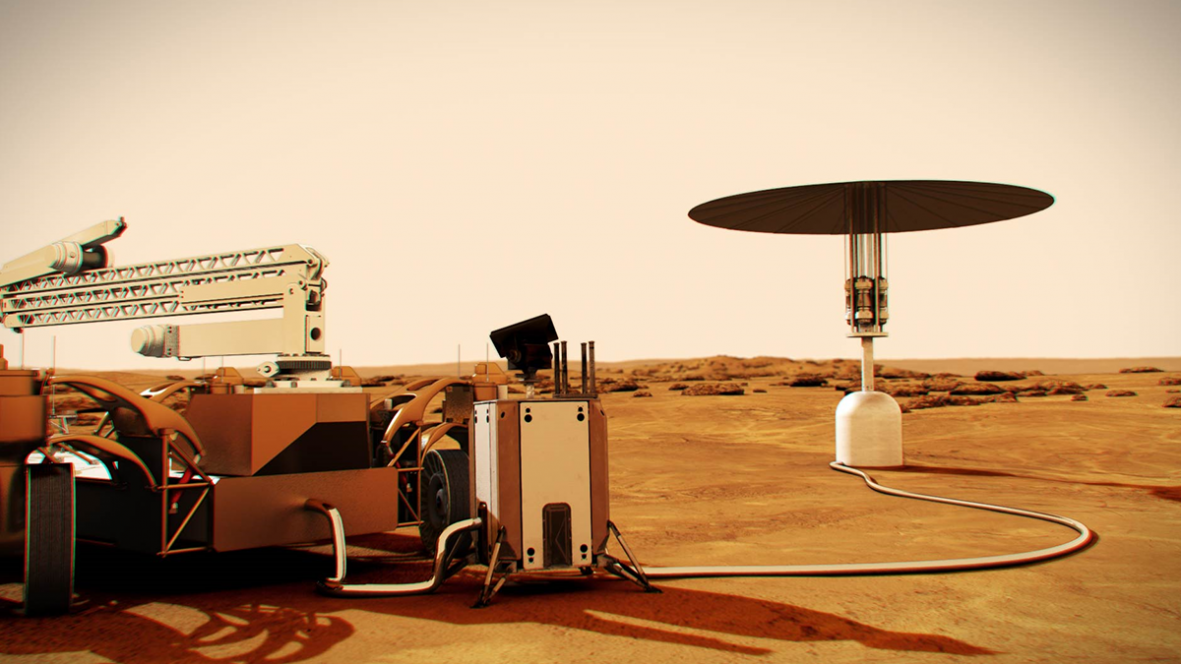 DOE and NASA are looking to partner with U.S. companies to develop a fission surface power system for demonstration on the Moon by the late 2020s.

As astronauts look to explore the Moon and Mars, they’ll need a reliable energy source to power their equipment and outposts on distant planets. The U.S. Department of Energy (DOE) is working with NASA to develop a fission surface power system that could be ready to launch within the decade.  Link 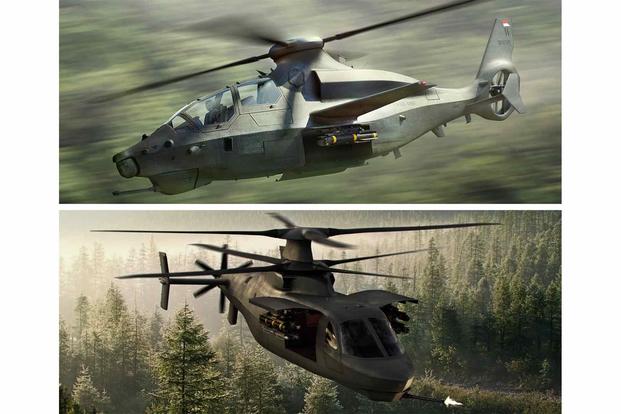 The Army wants ideas from defense firms on air-launched drones that can recon enemy air defenses and even deceive adversaries while working with the service's futuristic helicopters from its Future Vertical Lift (FVL) effort.  Link

How Washington Should Handle Turkey's Summer of Flex

In these polarized times, it is rare when senior U.S. lawmakers across the ideological spectrum unanimously agree on something. But Turkish President Recep Tayyip Erdogan has managed to do the seemingly impossible.  Link

Xi Declares War on Food Waste, and China Races to Tighten Its Belt

Chinese regulators are calling out livestreamers who binge-eat for promoting excessive consumption. A school said it would bar students from applying for scholarships if their daily leftovers exceeded a set amount. A restaurant placed electronic scales at its entrance for customers to weigh themselves to avoid ordering too much.  Link

Probability and consequences of living inside a computer simulation

It is shown that under reasonable assumptions a Drake-style equation can be obtained for the probability that our universe is the result of a deliberate simulation. Evaluating loose bounds for certain terms in the equation shows that the probability is unlikely to be as high as previously reported in the literature, especially in a scenario where the simulations are recursive. Link “Of the morning star, the great star, it was said that when... it newly emerged, much fear came over them; all were frightened. Everywhere the outlets and openings [of houses] were closed up. It was said that perchance [the light] might bring a cause of sickness, something evil, when it came to emerge. But sometimes it was regarded as benevolent. And also [captives] were slain when it emerged, [that] it might be nourished. They sprinkled blood toward it. With the blood of captives they spattered toward it, flipping the middle finger from the thumb; they cast [the blood] as an offering; they raised it in dedication.” – The Florentine Codex (Sahagún (1950-81 [1953]: Book 7, Ch. 3, 11-12).  Link Research has revealed that strange behavior of the magnetic field in the South Atlantic region existed as far back as eight to 11 million years ago, suggesting that today's South Atlantic Anomaly is a recurring feature and unlikely to represent an impending reversal of the Earth's magnetic field. Link It is tomato and pepper season!  Shake your tomato plant or pepper plant and it will pollinate the flowers without pollinators.  Do it gently if the plant has fruit on it or you will bruise the fruit.

Why did I put this into today's technology?  Because from societal change to technology "they" are using the Lego template to disassemble and recreate everything we have ever known.  It is a certain proclivity that "they" have.

Found at zoos and gardens across the country, Sean Kenney’s works of art often call attention to endangered species and advocate for conservation.

Making a career out of building with Lego bricks sounds like a dream job—just ask any kid (or many adults, for that matter). But it’s the real deal for Sean Kenney, who turned his childhood hobby into a full-time career. For more than 15 years the New York City-based artist has been creating masterpieces using Lego bricks as his medium of choice. His creations—from towering skyscrapers to portraiture—have been featured at museums and zoos around the world, inspiring people of all ages. 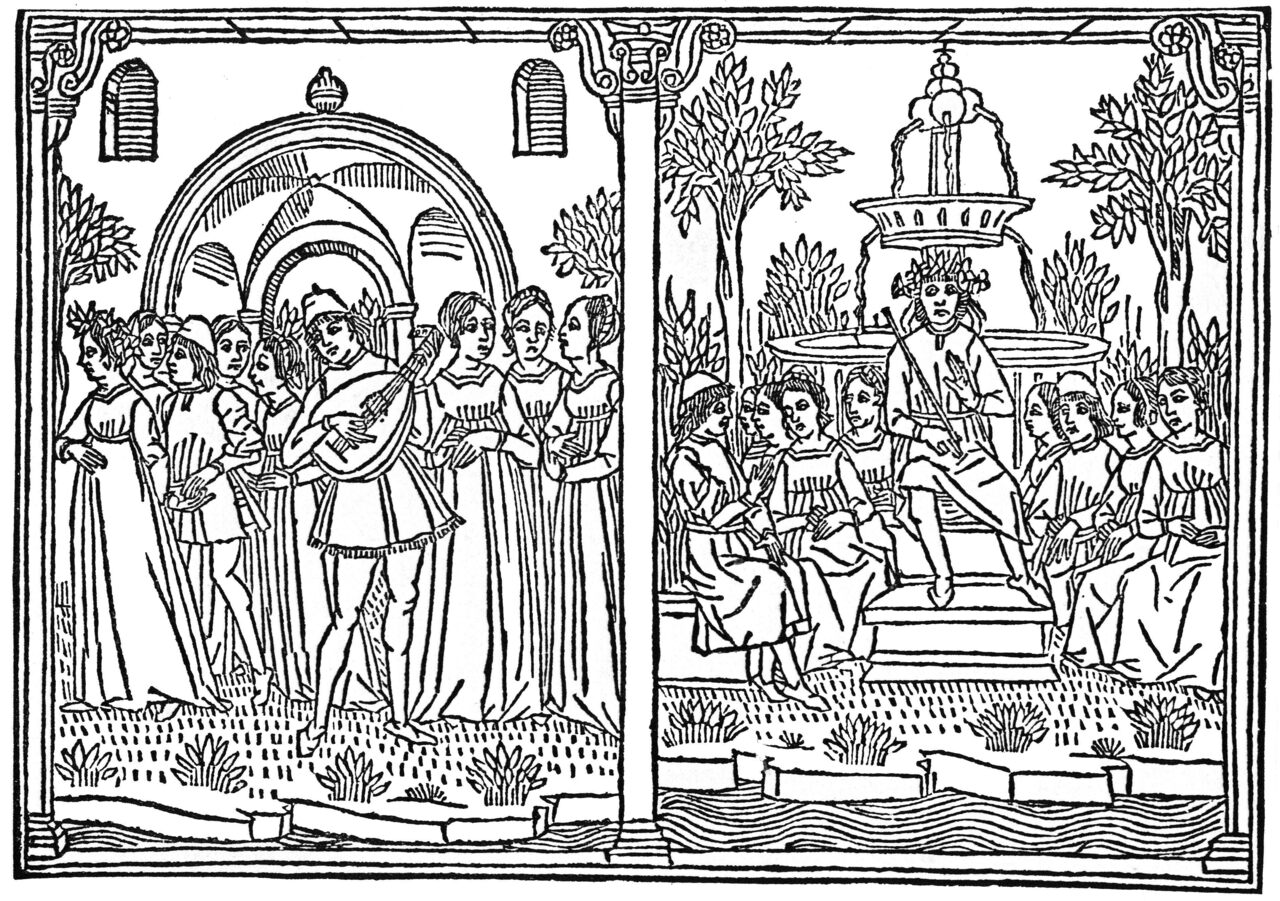 These woodcuts are from the Decameron, a collection of novellas in which young people fleeing plague-ridden Florence tell stories that often provide accounts of life during the pandemic. Charles Walker Collection / Alamy

A global pandemic rages. In some cities, people shun society completely, while others sit in bars, downing beers and trying to forget about the disease raging around them.

But this isn’t 2020—it’s the mid 1300s. The Black Death, which arrived in Europe in 1347, ripped across the continent, killing around 50 percent of its population. Jean de Venette, a French Carmelite friar who documented the pandemic, called it “a most terrible scourge inflicted on us by God.” We now know that it was caused by the bacterium Yersinia pestis  Link

A team of archaeologists from the Israel Antiquities Authority (IAA) has uncovered the ruins of an important administrative storage center from the 8th-7th centuries BCE.

The team, headed by IAA archaeologists Neria Sapir and Nathan Ben-Ari, unearthed an unusually large structure built of concentric ashlars walls in the Arnona neighborhood of Jerusalem.  “This is one of the most significant discoveries from the period of the Kings in Jerusalem made in recent years,” the archaeologists said.  Link

Galon Fortress, the 3,200-year-old Canaanite stronghold, dates to a biblical period when the tribes of Israel were not united The remains of a Canaanite Fortress have been discovered in the Southern Levant, overlooking the road that follows the Guvrin river, providing passage between the coastal plain and the Judean plains. The Egyptian governor house structure is consistent with forts from other sites in Israel. The discovery was announced by the Israel Antiquities Authority (IAA), following excavations by teenage volunteers under the direction of IAA and the Jewish National Fund.

The biblical Book of Judges, dated to 1,200 B.C.E., describes a period when the tribes of Israel were in the land of Canaan, but were not united.  Link:  https://www.biblicalarchaeology.org/daily/biblical-sites-places/biblical-archaeology-sites/military-fort-discovered-from-time-of-biblical-judges

The problem with the article below is that it is being sold as a public good but translated:  scientists can use protein switches to turn your Killer T cells in guided missiles targeting anything in your body. 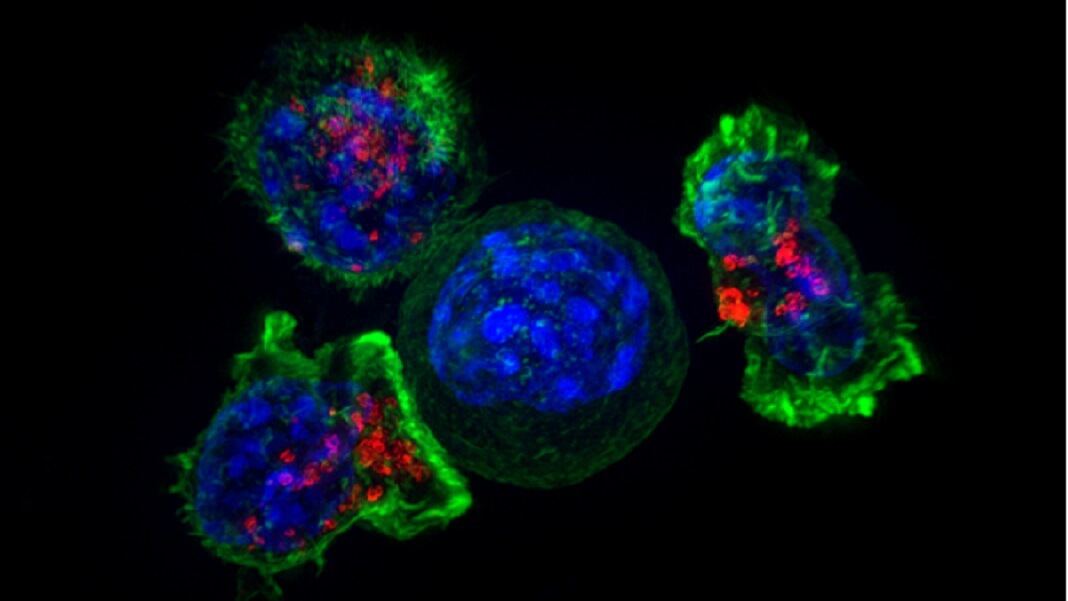 One of the main challenges in curing cancer is that unlike foreign invaders, tumor cells are part of the body and so able to hide in plain sight. Now researchers have found a way to turn white blood cells into precision guided missiles that can sniff out these wolves in sheep’s clothing.  Link

Beam me up: Researchers use 'behavioral teleporting' to study social interactions

Teleporting is a science fiction trope often associated with Star Trek. But a different kind of teleporting is being explored at the NYU Tandon School of Engineering, one that could let researchers investigate the very basis of social behavior, study interactions between invasive and native species to preserve natural ecosystems, explore predator/prey relationship without posing a risk to the welfare of the animals, and even fine-tune human/robot interfaces.

The team, led by Maurizio Porfiri, Institute Professor at NYU Tandon, devised a novel approach to getting physically separated fish to interact with each other, leading to insights about what kinds of cues influence social behavior.
The innovative system, called "behavioral teleporting" -- the transfer of the complete inventory of behaviors and actions (ethogram)... "Behavioral teleporting of individual ethograms onto inanimate robots: experiments on social interactions Link

Our metabolism slows as we age.  What can we do?

The exercise and depression connection

The experience of depression differs depending on who you are, and sadly so does the treatment. Not all treatments work for everyone, which means that sometimes patients are left shooting in the dark until they find one that soothes their symptoms.  Link

Whose image will you emulate?

John 3:1-3  Behold, what manner of love the Father hath bestowed upon us, that we should be called the sons of God: therefore the world knoweth us not, because it knew him not. 2Beloved, now are we the sons of God, and it doth not yet appear what we shall be: but we know that, when he shall appear, we shall be like him; for we shall see him as he is. 3And every man that hath this hope in him purifieth himself, even as he is pure.

Romans 8:29 For whom he did foreknow, he also did predestinate to be conformed to the image of his Son, that he might be the firstborn among many brethren.

2 Corinthians 4:4 In whom the god of this world hath blinded the minds of them which believe not, lest the light of the glorious gospel of Christ, who is the image of God, should shine unto them.

2 Corinthians 3:18 But we all, with open face beholding as in a glass the glory of the LORD, are changed into the same image from glory to glory, even as by the Spirit of the LORD.

We are to mirror images of family, in heaven and upon earth.

This is why Christians refuse to worship the Image of the Beast and many of us will be physically killed as a consequence.