I have been banned for LIFE from purchasing food Your space weather for today is QUIET

From Homeland Security Newswire:  You are the biggest danger America faces

﻿How Serious Are Threats to the U.S. Homeland?

The 17 September hearing on Worldwide Threats to the Homeland, as its title suggests, does not make for happy watching. Daniel Byman and Seamus Hughes write that, indeed, statements by FBI Director Christopher Wray and National Counterterrorism Center Director Christopher Miller duly assess an array of dangers related to national security, including:

Most of their remarks, however, focused on terrorist groups and networks and the threats they pose. The biggest danger the directors warned about is from lone actors who self-radicalize and act on their own. Byman and Hughes write. Wray warned that the most recent uptick is from anti-government violent extremists, some of whom have white supremacist views but many of whom, like the Three Percenters and boogaloos, see themselves as patriots fighting government tyranny.  Link I recently described how a swarm of drones flew in a restricted area at Palo Verde Nuclear Power Plant on two successive nights last September. A new cache of documents obtained under the Freedom of Information Act (FoIA) reveals how 24 nuclear sites suffered at least 57 drone incursions from 2015 to 2019 – and Palo Verde itself was overflown again in December, despite new security measures.  Link

Rewiring and reconstructing your new "friendly" food supply.  This is brought to you by the Chinese.  Ban Chinese food products.  It was featured in ACS Synthetic Biology science peer-journal this week.

Applications of CRISPR in a Microbial Cell Factory: From Genome Reconstruction to Metabolic Network Reprogramming

The well-designed microbial cell factory finds wide applications in chemical, pharmaceutical, and food industries due to its sustainable and environmentally friendly features. From ACS Synthetic Biology

Prepare planet earth for the aliens﻿

The following four basic principles are fundamental to the implementation of NASA’s astrobiology program:

Astrobiology is multidisciplinary in its content and interdisciplinary in its execution (Agenda 21/2030-One Health). Its success depends critically upon the close coordination of diverse scientific disciplines and programs, including space missions.

Astrobiology encourages planetary stewardship (Agenda 21/2030) through an emphasis on protection against forward and back biological contamination and recognition of ethical issues associated with exploration.

Astrobiology recognizes a broad societal interest in its endeavors, especially in areas such as achieving a deeper understanding of life, searching for extraterrestrial biospheres, assessing the societal implications of discovering other examples of life, and envisioning the future of life on Earth and in space.

The intrinsic public interest in astrobiology offers a crucial opportunity to educate and inspire the next generation of scientists, technologists, and informed citizens; thus a strong emphasis upon education and public out-reach is essential. Link

Many factors affect how people prepare for and evacuate before a disaster: prior experience, gauging what friends and neighbors are doing, official messaging, media reporting, etc. One variable is previous near-misses. Researchers define a near-miss as an event in which a person has a non-trivial expectation of experiencing a disaster but, by chance, does not. Recent research shows a relationship between near-misses and preparedness, but it seems to depend on the nature of the near-miss event. The new research suggests if there are two different types of near-misses: resilient and vulnerable. People tend to view near-misses as either “our system is strong” or “we dodged a bullet.” People who have a vulnerable near-miss viewpoint are more likely to prepare for future disasters. Link

From Homeland Security Newswire, drilling down on human behavior likening us to animals.

When viruses, parasites and other pathogens spread, humans and other animals tend to hunker down with immediate family and peer groups to avoid outsiders as much as possible. But could these instincts, developed to protect us from illnesses, generalize into avoidance of healthy individuals who simply look, speak or live differently? Link

Dissecting what it is to be human

How algorithms discern our mood from what we write online

Researchers and companies are harnessing computers to identify the emotions behind our written words. While sentiment analysis is far from perfect, it manages to distill meaning from huge amounts of data — and could one day even monitor mental health.

Brainwashing experiment: Clinical trials designed to discover the “right message” to convince people to get vaccinated for COVID-19 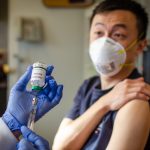 There’s a growing seed of doubt over the COVID vaccine, and officials seem eager to snuff it out. One way to do this?  They’ve decided to fund clinical trials to figure out how to market the “right message” that will get people to agree to vaccination.

This is exactly what we’re seeing out of recent research from institutions including Yale University.  Brazen researchers are looking for ways to “sell” the idea of a rapidly produced coronavirus vaccine – and they’re pulling on all sorts of psychological strings to get people to acquiesce to the yet-to-be-born pharmaceutical golden child.

It is difficult to imagine the enormous glass masterpiece of Victorian engineering that once stood on this spot. Few traces remain; just a few stairwells guarded by an old sphinx, and some foundation stones.The Crystal Palace was originally built to house the Great London Exhibition of 1851, a World’s Fair-type expo highlighting the wonders of technology and arts of England’s far-flung empire.  Link

Some 7,000 years ago, prehistoric humans added red ocher paintings to Los Machos, a natural rock shelter in southern Spain. The drawings appear to depict people, geometric motifs and scenes from daily life, reports Garry Shaw for the Art Newspaper. But the artists didn’t sign their work, so archaeologists have turned to fingerprint analysis to learn more about who they were.  Link

Biblical scenes are playing out before our eyes

Abraham had two sons: Ishmael, born to Hagar, and Isaac, born to Sarah. There was clear tension between the two.

‘JOSHUA FIGHTING Amalek,’ print from the Phillip Medhurst Collection of Bible illustrations at St. George’s Court.
(photo credit: Wikimedia Commons)
The agreements that Israel signed with the United Arab Emirates and Bahrain this week were not merely historic in nature, they were of biblical proportions. Link

Who Gets a COVID Vaccine First? Access Plans Are Taking Shape (Nature) A strategic advisory group at the World Health Organization (WHO) weighed in with preliminary guidance for global vaccine allocation, identifying groups that should be prioritized. These recommendations join a draft plan from a panel assembled by the US National Academies of Sciences, Engineering, and Medicine, released earlier this month.

Multi-objective optimization of microbial chassis for the production of xenobiotic compounds requires the implementation of metabolic control strategies that permit dynamic distribution of cellular resources.  From ACS Synthetic Biology

To spatially control biochemical functions at specific sites within a genome, we have engineered a synthetic switch that activates when bound to its DNA target site .From ACS Synthetic Biology

Now it came to pass, when they spake daily unto him, and day after day he hearkened not unto them, that they told Haman, to see whether Mordecai's matters would stand: for he had told them that he was a Jew.  Book of Esther 3:4

The bottom line of this verse is that by complying to something that is nor in the Word and order of God it sets a precedent.  It will tarnish either our testimony of Jesus, or Jesus Himself, God forbid. I had my first round with refusing to bow to the command of the king. It was so liberating! Here is my story!

Since the beginning of the year when all of our woes began do you have a secret bucket list of things you have wanted to do? I do. Yesterday, I got to check one off the list! I went into the health food store for coffee and chard and they hassled me for no mask. I knew it would be a fight.

First a stocker (appropriate word-play would be "stalker") and then the manager. When he refused to relent, I shouted at the top of my lungs: "Heil Hitler!" He said he was just following orders. Hitlers crowd were following orders when they murdered my family.

Today, the Good Food Store in Missoula will be served papers of violating my Civil Rights and notification of discrimination. Why do we tolerate a masked society when the Bible says masks are: spiritual adultery, wickedness, and lawlessness?  Why does the Health Department have the right to protect one life over another?  God says, All Lives Matter!  He died for even the ones who do not accept His gift of salvation.

UPDATE:  Grandmother Banned for life from buying food!  I will be writing an article on this today.

Friends, we need to stand up to discrimination and global fascism or we will have a global Hitler.  We cannot let a ungodly precedent stand.  You were born for such a time as this to speak out on salvation and also wickedness.