The Edge, this Saturday, January 11th, with Daniel Ott the Cosmic Cowboy talking current events and taking your questions

Your space weather forecast started out as Unstable but the next three days is quiet and moving downward to Kp flatline, which endangers our health.  Be prepared and be safe.

SOLAR CYCLE 25 CONTINUES TO INTENSIFY: A sunspot has emerged in the sun's northern hemisphere, right here. Its magnetic polarity identifies it as a member of new Solar Cycle 25. This is the second Solar Cycle 25 sunspot we've seen this month, continuing a trend of low but intensifying Cycle 25 activity. The next solar cycle is coming, after all. spaceweather.com

The thermosphere is cold today.

Catch up on space weather before all the action intensifies!

Part 2 Path to the Atmosphere: https://youtu.be/wt2dAq6CQas

This comes from the Homeland Security Newswire and CFR for the United States in 2020.  You can clearly see the number 13 and read between the lines.  This is a HIVA Matrix.

A DHS intelligence report indicates China cannot feed itself without US support. As drought in Brazil crushes corn and soy yields, and the US prepares for another delayed season, governments are preparing -- global food security is failing.  Start growing your own food.

As food prices rise, perceptions of food are shifting to see it as precious once again.  Chinese gangs are using drones to spread ASF -- but pig farmers are fighting back.  The onion crisis is escalating in India -- extended report coming out soon. Do you know the laws of the heavens? Can you set their dominion over the earth?  Job 38:33

In the last month of 2019, devastating fires have leveled Australia, leaving a scene of record-setting destruction under a thick blanket of smoke. Up in the sky, red light presides over the destruction.  Images from Australia that surfaced on Reddit and Twitter on Tuesday show a demonic reddish glow that has descended upon the country during certain sunlit hours. This December, Australia has been battling bushfires that have led some states to declare a state of emergency. In New South Wales, the state with the most fires, more than 900 homes have been destroyed and 12 people have died.  Read more

This is from Homeland Security Newswire which does take a pro-agenda position.  I saw one article stating that Australia is being sacrificed on the altar of Climate Change

Australia’s Fires: The Worst Is Yet to Come

Human-caused climate change is most certainly an important contributing factor to the recent fire season in Australia, says an expert. What is perhaps most concerning, is that while this year’s fire season, just now underway, appears to be unprecedented, forecasts suggest it will be dwarfed by future conditions.

When tiny flakes of white ash started falling like warm snow from a sky sullen with smoke, we left. We had lived for weeks with the threat of two huge bushfires hanging over our small Australian town, advancing inexorably toward us from the north and the south. My hometown of Blackheath, perched at the top of the Blue Mountains, surrounded by stunning but drought-parched Australian wilderness, was in the center of this flaming pincer.  Read more

Be prepared, it is coming your way soon as Snowball Earth returns...

For “a whole ten days,” a number of families in the SE European nation of Greece were trapped in their homes as freak snowstorm ‘Hephaestion’ blew through turning much of the Mediterranean white — snow accumulations exceeding 4m (13ft) have been reported in some regions!  Read more George Church has been a towering figure in genomics for more than three decades, dating back to the early days of DNA sequencing and the inception of the Human Genome Project. Since then, his interests and influence have spread to systems and synthetic biology, next-generation sequencing technology, and personal and consumer genomics.

Church has also had an important role in the launch of CRISPR technology, epitomized by a landmark paper in 2013 that marked one of the first demonstrations of CRISPR genome editing in human cells. His group remains among the most creative of research labs, pushing CRISPR into one scientific frontier after another, including multiplexing technology, de-extinction, xenotransplantation, and gene drive.  Read more

Sex tech is slowly making a comeback at CES. About time. 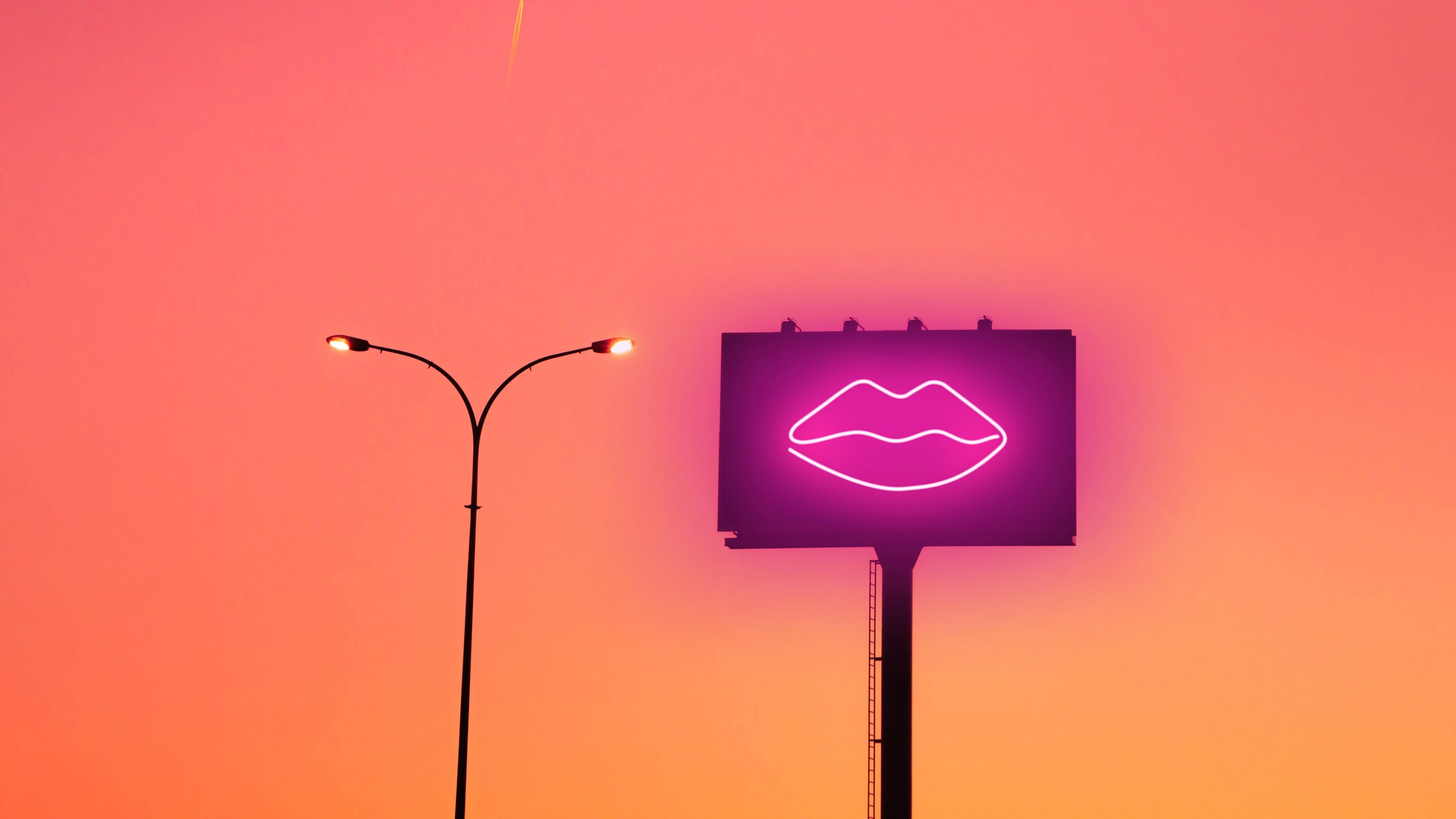 The world’s biggest tech show still has a long way to go in accepting that sex—and women—exist, writes Tanya Basu.

An embarrassing debacle: Last year, an innovative $290 sex toy won a major award at CES, the world’s biggest tech conference. The award was then withdrawn by CES’s parent company, which called it “obscene.” After a public outcry, CES decided to return the award.  Read more

On the decapitation front, we have...

Around 2,600 years ago, about the time humans started making steel and building weapons, a man lost his head. Subsequently, the real-life, Iron Age Ned Stark’s lopped-off skull became buried in clay-rich mud and remained there until York Archeological Trust researchers dug it up in 2008. They made the finding in Heslington, a suburban village near modern-day York, England.

What they found inside the ancient man’s skull shocked them: A large chunk of the brain was in remarkable shape, considering its age. The brain tissue, now known as the “Heslington brain”, had shrunk slightly over the years, but still contained its hallmark grooves and folds.  Read more

When you imagine an Egyptian mummy, you probably picture the embalmed body of a pharaoh, carefully wound in long strips of linen and laid in an ornate sarcophagus. But the mummies of an earlier age weren’t laid to rest in such decadence, suggesting to the scientists who found their bodies in shallow pits that they were preserved by chance, sand, and air. This “natural preservation” theory, however, might be laid to rest by a study published Thursday in the Journal of Archeological Science. Prehistoric Egyptian mummies, the authors say, were also treated with care.  Read more

Archeology in 2020 is going to focus on heroes and villains in the Holy Land, interesting, preparing for a return of the Golden Age? The Bronze Age site of el Ahwat may have been the fortress of the Canaanite commander Sisera, whose death at the hands of Jael is recorded in the Book of Judges.

An unusual archaeological site in northern Israel may shed some light on the lives of Biblical figures if digging is allowed to resume there next year. [2020, this year]

While a number of sites in Israel are known for their association to Biblical heroes, el Ahwat, discovered by the late Prof. Adam Zertal of the University of Haifa, is unusual for being linked to a villain. Read more As suspected, a novel coronavirus has been identified in some patients who are part of a cluster of unexplained pneumonia cases in Wuhan, China. Experts say that the identification of what now appears to be a third novel coronavirus that can cause serious human disease in the last 20 years signals a paradigm shift for coronaviruses.

The name "coronavirus" is derived from the Latin corona, meaning crown or halo, and refers to the characteristic appearance of virions under electron microscopy (E.M.) with a fringe of large, bulbous surface projections creating an image reminiscent of a royal crown or of the solar corona.

This is not an accidental release and is a portent of things to come as we enter Solar Cycle 25 which promises to release a coronal mass ejection, solar flare or possibly and supernova square at earth which at the minimum would fry the electrical grid and at worst mutate life on earth as our magnetosphere diminishes allowing cosmic rays to flood our atmosphere and earth.

8And there were many lights in the upper chamber, where they were gathered together.

9 And there sat in a window a certain young man named Eutychus, being fallen into a deep sleep: and as Paul was long preaching, he sunk down with sleep, and fell down from the third loft, and was taken up dead.

10 And Paul went down, and fell on him, and embracing him said, Trouble not yourselves; for his life is in him.

11 When he, therefore, was come up again, and had broken bread, and eaten, and talked a long while, even till break of day, so he departed.  Acts 20

Despite the darkness of the hour, there are many lights given to us: Words of Truth, angelic protections, fellow travelers in our spiritual journey-let us endeavor to not slumber, during this season-though, we all be fatigued, almost unto death.  There are many who will venture into sleep and will need our embrace our life so that they might return and continue on upon the path until that great day we reach the finish line and hear words we have longed to hear, "Well done, good and faithful servant.".