Special Note:  The situation that we find ourselves is very fluid changing even unto the second.  All of us should have a list of potential threats to our locations (around the world) and include the unexpected wildcard events that force us to think-outside-of-the-box.  I am striving to put together a HIVA/CEMP Template (used by FEMA and Emergency Management) with resources so that you can check for yourselves local conditions and threats. This is what I did in part at FEMA. If the news would slow down this process would go faster.  I may have to piece-meal it as time allows.  We ALL need to do this, it is not optional. This week I will provide you with the catastrophic landscape and then you will understand why you need to do your homework. This week Aussie Watcher returns with miracle reports from the Australian hellfires.

Other features including Herb of the Week and more

Your space weather for today is quiet but in the next 24-36 hours will become unstable as coronal winds buffet the earth.

Climate researchers can now detect the fingerprint of global warming in daily weather observations at the global scale. They are thus amending a long-established paradigm: the weather is not climate but climate change can now be detected in daily weather.  Read more

How does electricity impact our upper atmosphere?

You all are familiar with reading between the lines.  Well, that goes with space weather too, which is why you need a cursory understanding of it!

Need to Catch Up on Climate or Cosmology?

It is 2020. American elections are still ‘frighteningly easy’ targets.

The CEOs of US election tech giants spoke to lawmakers in a committee hearing on Thursday. They all said that would support new transparency requirements that would force them to reveal more on crucial security issues like manufacturing supply chains, insider threats, and cybersecurity practices.  Read more

China has already deployed its expertise in artificial intelligence to make China into a surveillance state, power its economy, and develop its military. Phil Sherwell writes that now Taiwan’s cybersecurity chiefs have identified signs that Beijing is using AI to interfere in an overseas election for the first time. It is a laboratory for China for adaptation and improvement on political warfare instruments which can then be unleashed against other targeted democratic societies, Michael Cole, editor of the Taiwan Sentinel, Read more

How Close is a Financial Collapse that Will Spike Food Prices

Stable Food pricing and supply chains are the base of global stability, but as I have said from my channel's beginning that about one year out from food supply shocks that the global economy would be imploded to lock people down from migrating to warmer countries with better agricultural conditions.  Read more ADAPT 2030 FYI:  Fish Oil is out-of-stock.  Will it go extinct?  Time will tell.  It does no surprise me.

The advice not to purchase Chinese Garlic should really include all food products from China including sprouts.  My husband did a short stint at a spout company and you would not believe the number of chemicals that sprouts from China are drenched in. (NaturalHealth365) It’s hard to find a reason not to eat garlic. Aside from the wonderful depth of taste, the long list of garlic health benefits offers plenty of incentive to add it to dishes of all types. No wonder it’s one of the world’s most popular herbs! But, as many consumers are learning, Chinese garlic is definitely something to avoid – as you’ll soon see.

The reason?  Garlic imported from this country is contaminated with potentially toxic chemicals – and the nation’s industry standards for cultivating garlic is leaving a really bad taste in people’s mouths.  Read more

A bright fireball explodes over Germany and Poland

A bright fireball streaked through the night sky over eastern Germany and Poland at around 03:05 UTC on January 5, 2020. The event was captured on two AMS/AKM cameras. There is a possibility some pieces of the object survived and ended somewhere in far western.  Read more

Some scientists theorize that Jupiter acts like a giant space shield-- due to its tremendous mass, it sucks in or deflects dangerous space objects. However, studies led by American planetary physicist Kevin Grazier demonstrate that the planet is actually a threat  Read more Japan's Kuchinoerabujima volcano erupted at 06:05 UTC on January 11, 2020, ejecting volcanic material up to 300 m (984 feet) from the crater of Mount Shindake. This is the first eruption at the volcano since February 2, 2019. Kuchinoerabujima is a volcano island.

Interesting...Mars and Australia are having dust storms.

A trough moving through central Australia on January 11, 2020, lifted up huge amounts of dust, creating a massive dust storm -- almost the entire width of the continent. The trough is expected to bring showers and storms to the southeast into Sunday morning, January. Read more

Did you know that there are more than 400 different viruses that can cause infections, including the common cold, the flu, hepatitis, mononucleosis, and HIV?  Read more

An 18-carat gold nugget made of plastic Even worse, some of it is impossible to remove. Read more

Why people still haven’t fallen in love with virtual reality
Maybe yet more time spent alone staring at a screen lacks appeal for many. Read more

A surveillance company is hiding cameras in gravestones
You just never know when the undead might start getting up to mischief, I suppose. Read more

How drones could be used to identify disaster survivors
A new machine learning technology could help to determine if the people the camera spots are still alive. Read more

How entwined is medicine, astrology, and religion?  This is why we must be so very careful in our choice of medical modalities.

﻿This paper goes into wide scope encompassing teratology, medical diagnosis, physiognomy, cuneiform sign exercises, and magical incantations and rituals, and which reinterpreted these diverse fields of knowledge in terms of astronomical phenomena. The topics selectively excerpted into EBC by a lamentation priest suggest compartmentalization of textual expertise, consistent with professional purviews in the late 1st  millennium BCE.

This is written from the UN Agenda, do not eat meat-eat bugs crowd, but an interesting fact it does not share is that this happens on a cyclical basis during warm interglacial periods.  We have been in a warm inter-glacial period where plants and animals flourish.  We are now exiting that warm cycle into a much colder era.

Archaeologists of the Future: Sorry About All the Livestock

Booming populations of cows, sheep, pigs, and chickens inhabit the Earth — so their remains might rule our fossil record, too. 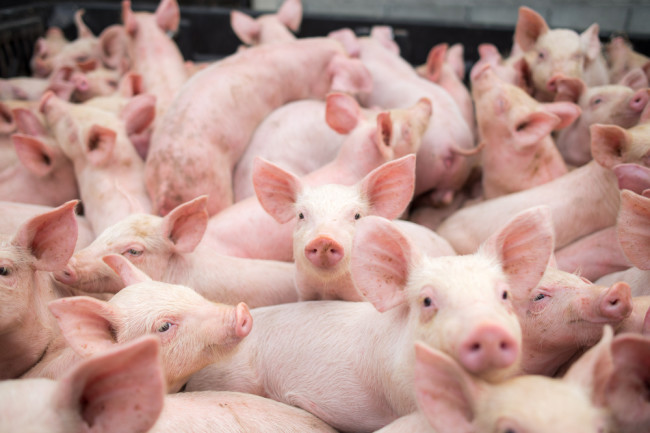 Livestock will predominate in the fossil record our society leaves behind. What might archaeologists of the future think? (Credit: MR. WORAWUT SAEWONG/Shutterstock)

Thousands of years in the future, when paleontologists unearth fossils from our current era, they're likely to notice something interesting about our society: There are far more livestock fossils than those from wild animals. Read more Carved stone rectangles outline the foundation, remnants of walls line the perimeter, and shards of 2,000-year-old pottery litter the grounds. Hiding literally in plain sight, the spot is surrounded by scattered active dwellings, yet has been unknown to contemporary archaeologists.

That is, at least, until Sarah Parcak spotted it with satellites.

Satellite data led her and her colleagues to this hilltop site.

“As we were investigating, this interesting rectilinear feature showed up,” she recalled as she investigated the sight first-hand back in September. “Today you can see it pretty easily in Google, but at the time the best resolution satellite I could get was 2.5 meters. Now we can get 0.3 meters, which is an order of magnitude difference in the work that I do.” Read more (subscription required)

Biblical prophecies say that the borders of Israel will be redrawn, are we getting close to that time?

Hebrew Inscription on a 3,000-year-old Jar Could Redraw Borders of Ancient Israel

Archaeologists were surprised to find Hebrew writing in Abel Beth Maacah, which some don’t think was part of the ancient kingdom Read more

The secret to surviving a cobra bite isn’t ice or a tourniquet, and it certainly isn’t sucking the venom out of an open wound. Instead, one of humankind’s most powerful weapons against these deadly encounters is modern genetics—the ability to sequence a snake’s genome and leverage venom-specific genes to synthesize an ideal antidote.  Read more

But disaster will come upon you; you will not know how to charm it away. A calamity will befall you that you will be unable to ward off. Devastation will happen to you suddenly and unexpectedly.    Berean, Isaiah 47:11

As magic, charms, geomancy and the like are deployed across the grid of the earth it comforting to know with certainty that these spells and charms will not avert the disasters that God ordains.

Isaiah was the prophet who prophesied catastrophe.  My patrons and I will be digging into these prophecies and exploring their application to our lives.  Please join us.

Be safe everyone.  Now, I am off to the snow drifts and rocking and rolling (yes small earthquakes in the area but Zippy and I are alright) snow drifts to work off some puppy energy.