Your space weather for today:  Quiet

Preparing for IED's in the US

Security and Resiliency Guides are preparing for IEDs Law enforcement and security managers interested in enhancing their posture against potential improvised explosive devices (IEDs).  The guides and guide annexes are designed to help stakeholders take proactive steps against IEDs by providing guidance and resources consistent with broader all-hazards preparedness and risk management principles.

I suppose when you have massive gold reserves, you have money to burn.  When this comes to the US, remember, gold and silver are antimicrobial.

Whispers of China getting ready to burn/destroy their entire physical paper money supply across the country as the Coronavirus can stay on objects and spread for nine days. This includes paper money. ADAPT 2030 One Step Closer to a Batsuit for Soldiers

Researchers announce new military funding in search of body armor skin that could be 300 percent stronger than anything we’ve seen before.  Read more

One of the goals of the nCoV is expanded interoperability:

Interoperability is key but increasingly difficult with uneven modernization and different policies for emerging technologies. Each country emphasized the future of coalition operations, but they also described interoperability in different ways. This ranged from the classic definition of interoperability of radios, firing data, and common operating pictures to tactical integration with a country’s units inside another country’s formations.

Asymmetry of Ethics is a Pink Flamingo (known challenge without a program to address it) Each country mentioned the developing and differing standards for AI. It was commonly understood that competition and conflict are speeding up, but there is no clear consensus on what the tactical and operational advantages could be for an adversary that chooses to integrate AI in a more permissive manner than accepted by western armed forces.

The weaponization of information to attack societies and their armed forces is the #1 described threat, and it wasn’t even close. The emphasis of this threat differs from the United States Army, where we have focused and experimented around the idea of a return to high-intensity conflict with a near-peer competitor. It is widely understood that this is a military problem without a military solution.

For instance, this article from Defense One is like calling the kettle black:

How China Is Working to Quarantine the Truth About the Coronavirus

The authoritarian playbook — censor, distract, lie — is on full display.

In its battle to contain the coronavirus, the Chinese government has undertaken a wide range of measures, from shutting down cities to using drones to monitor and compel public compliance with public health edicts. But the regime is also waging a second battle: a campaign to control the world’s discussions of the first.

The weapons in this information war are Beijing’s massive media and online control mechanisms. Its three prevailing tactics—all too common across authoritarian regimes and wider online warfare— are censorship, diversion, and lying. China’s efforts show how an online battle for public security sometimes works in opposition to public health, and it reveals the priorities of an authoritarian regime.  Read more

Scientists grew trees from 2000-year-old seeds, and the outcome may be delicious

Two thousand years ago, the Roman Empire dominated the world, and it had a favorite fruit — dates.

Ancient dates — varieties of the fruit that eventually led to the basis of the bacon-wrapped treats we know and love today — were a coveted commodity two millennia ago. Now, researchers have successfully germinated some of those ancient seeds, recreating the tasty fruit-bearing trees of yore and their caramel-like bounty.  Read more

Rise and shine: NASA mission captures an aerial view of plants waking up

We aren't the only lifeforms hitting the snooze button.

Morning routines vary from person to person — and from plant to plant. In a new image, NASA reveals just how plants wake up in the morning, and why some plants choose to sleep in.

NASA's ECOsystem Spaceborne Thermal Radiometer on Space Station (ECOSTRESS) captured an aerial view of a group of plants west of Lake Superior, which lies near the Canadian-United States borders, that reveals them waking up at different times. The ancients recorded smaller outbursts from our sun, and we are due for another one.

Study: Washington’s rate of natural disasters tripled in the last couple of decades

A new study found that between 2000 and 2017, the state of Washington experienced 61 FEMA-reported natural disasters.

It was a 165 percent increase from the previous two decades from 1980 to 1999, in which 23 natural disasters were reported. The study is courtesy of insurance website QuoteWizard, which analyzed FEMA natural disaster data in the decades-spanning 1980 to 2017 and compared each state’s rate of increase.  Read more 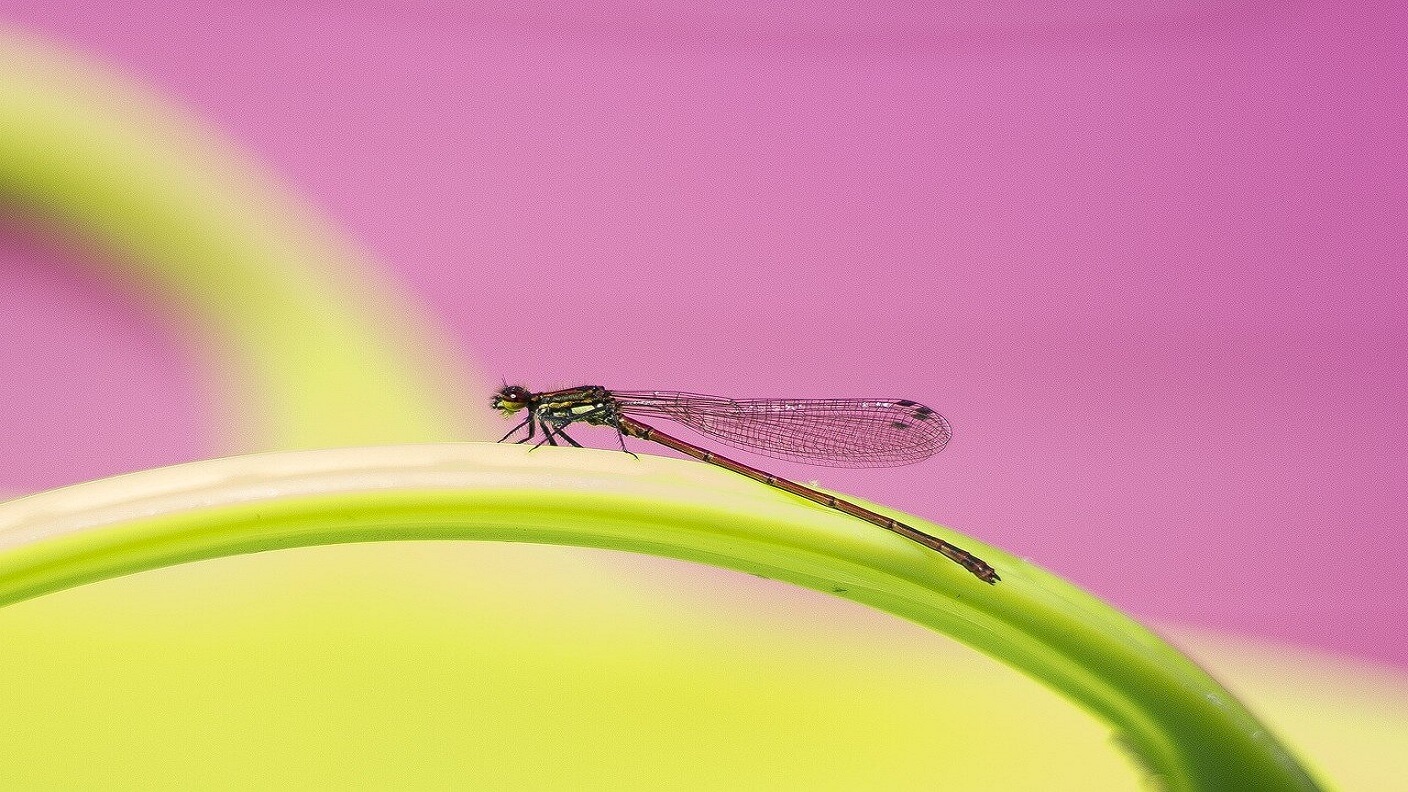 Imagine a world where a mosquito bite is just an itchy annoyance. No malaria. No dengue fever.

Last month, scientists announced they had taken one more step toward that vision. A paper in the journal PLOS Pathogens described how they synthetically engineered mosquitoes to stop the spread of dengue fever, a tropical viral disease that sickens as many as 100 million people each year.

Public Servant Questionaire.  Have anybody collecting your information fill this out.  Make at least 25 copies and keep them with you at all times.  Link

Know where your nearest BioWeapon Facility is. Link

Don't forget your local academia, new start-up companies, and the like. There are a feeding frenzy and money for those involved with R&D, diagnostics, treatments, and vaccinations.  Even local fire departments are getting grant monies from Public Health.

What is the future of work? Is our future one of ‘technological socialism’ (where technology is taking care of our needs)? Or will tomorrow’s workplace be completely virtualized, allowing us to hang out at home in our PJs while “walking” about our virtual corporate headquarters?  Read more

South Korean documentary ‘I Met You’ shows how VR technology is bringing the dead back to life.

We’ve seen VR technology used in a variety of incredible ways, but nothing quite as extraordinary as bringing the dead back to life.

This week South Korean-based television and radio network Munhwa Broadcasting Corporation released a clip from their special documentary I Met You showing how the company used VR and haptic feedback technology to reunite Jang Ji-sung with her seven-year-old daughter, Nayeon, who passed away as a result of a rare, incurable disease back in 2016. And although the interactions are simple and the experience itself is brief, the virtual reunion has a significant emotional impact on the grieving mother of four.  Read more The research – which was undertaken at the University of York – also suggests there was no single point of origin for the world’s oldest pottery.

Academics extracted and analyzed ancient fats and lipids that had been preserved in pieces of ancient pottery – found at several sites on the Amur River in Russia – whose dates ranged between 16,000 and 12,000 years ago.  Read more Plaster casts of victims of the Mount Vesuvius eruption, which destroyed the Roman city of Pompeii in AD79.

Plaster casts of victims of the Mount Vesuvius eruption, which destroyed the Roman city of Pompeii in AD79. Photograph: Mick Tsikas/Reuters

When Mount Vesuvius erupted in AD79, the damage wreaked in nearby towns was catastrophic. Now it appears the heat was so immense it turned one victim’s brain to glass – thought to be the first time this has been seen.

Experts say they have discovered that splatters of a shiny, solid black material found inside the skull of a victim at Herculaneum appear to be the remains of human brain tissue transformed by heat.  Read more

Scientists create ‘virus’ in the fight against superbugs

An artificial “virus” has been designed to punch through the walls of bacteria and defeat infection, in an advance that scientists say could help to tackle antimicrobial resistance.  Read more

The prophet is speaking in the past tense indicating the future had already occurred.

Every head is afflicted with illness and every heart with malaise. These afflictions have not come to you by chance. They are Divine retribution. In Deuteronomy 29:28 the Lord says He will smite us with madness and with blindness and with a confusion of the heart.

· Wound that bleeds coming from a sword alt,hough it can be interpreted as a fracture.

· Festering wound that will not heal

We walked away from the Good Shepherd as so He does not tend these wounds, and neither will the physicians tend your wounds for they remain unsprinkled. In ancient times, physicians would sprinkle sulfur on wounds which were both antimicrobial and anti-fungal. Neither were these wounds softened by oil as is customary. They were neither bandages for they h,ad not been healed by repenting wholeheartedly, in fact, there was not a trace of repentance in their thoughts or hearts.

The whole country will suffer.