Chilling testimony has been released with details on an iron-clad phalanx of security measures which Homeland Security is implementing for our ‘safety and security’.

In the agencies own words:

“We are rethinking homeland security for a new age. We sometimes speak of the “home game” and “away game” in protecting our country, with DHS especially focused on the former. But the line is now blurred. The dangers we face are becoming more dispersed, and threat networks are proliferating across borders. The shifting landscape is challenging our security, so we need to move past traditional defense and non-defense thinking. This is why DHS is overhauling its approach to homeland security. We are bringing together intelligence, operations, interagency engagement, and international action in new ways and changing how we respond to threats to our country”.

“We are “raising the baseline” of our security posture—across the board. DHS is looking at everything from traveler screening to information sharing, and we are setting new standards to close security vulnerabilities.”

Homeland Security and its partners have enormous budgets for years and yet the Acting Director says, “The magnitude of the threat we face from terrorism is equal to, and in many ways exceeds, the 9/11 period.”

You might wonder what significant acts of terror have brought America to a standstill.  The answer is shocking, “simple, “do-it-yourself” terrorist tactics”.  DIY items such as using pressure canners, hide tanning chemicals, guns, knives, vehicles, and other common items” all contribute to terrorism.  These terrorists are experimenting with other tools—including drones, chemical weapons, and artfully concealed improvised explosive devices.”  The absurdity of adding vast numbers of DIY’ers as terrorists is fantastical.  If, for instance, you make your own fireworks to celebrate the 4th of July,  tan hides, make soap, even engage in photography with chemicals, your actions are now suspect.  Of course, the siren sings sonnets that these terrorists are affiliated with ISIS and al-Qa’ida.

“We are seeing an uptick in terrorist activity because the fundamentals of terrorism have evolved.”  This uptick is global in nature and yet the asymmetrical force will bear down against the average American citizen whose liberties and freedom to live the American Dream was terminated after the events of 9/11.  The yoke of command and control is not enough for the New Age and so they are greedily seek more control.

Who are these terrorists?  In almost biblical, Revelation 13 language, demographics shows that terrorists can be: “young or old, male or female, wealthy or indigent, immigrant or U.S.-born, and living almost anywhere.”  If you are living you have the potential to be the terrorist.

Monumental terrorist events have morphed into “all-of-the-above” strategies with a proclivity for so-called soft targets.

People are not only a targets but also locations, venues, or events associated with public gatherings.  You are going to feel a crushing government presence in public because a criminal might have access to a venue and could “potentially inflict physical, psychological, and economic damage.”  How much money is being made by agencies, people, companies, and actors to the mirage of security?

Your mind is also a target held in the bosom of DHS, “ideologically-motivated violent extremists are here in the United States. Ideologies like violent racial supremacy and violent anarchist extremism are a danger to our communities, and they must be condemned and countered.”  But in the New Age of semantic perversion freedom can be labeled an ideological extreme.  Although portrayed as violent, not all anarchists are brutal.  Who defines who is a terrorist and will that label change as swiftly as the wind blows?

The Department is concerned about violent extremists using the battlefield as a test-bed from which they can export terror and yet our country leaders promised 50-100 years of continual war a brooding ground for endless terror.

The Department says that it is “not going allow pervasive terrorism to become the new normal.” They are closely monitoring changes in enemies tactics and ensure their “security posture is dynamic, multi-layered, and difficult to predict.”

DHS is working to "break the pattern of reluctance of reporting suspicious activity".  They also are seeking Congressional funding for robust funding to provide departments and agencies expanded legal authority to mitigate emerging dangers. 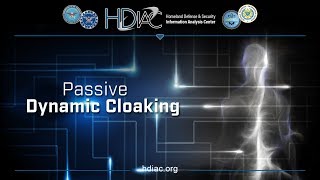