Things get stranger by the day.  Man is writing his idolatry in the heavens. NASA has launched a spacecraft and mission on September 8, 2016 called ORISIS-REx that will travel to an asteroid named Bennu.  Both the spacecraft and the asteroid are named after ancient Egyptian gods.  ORISISREx  seeks to enlighten us on where we came from, what our destiny will be, and seek to rape and plunder heavenly resources for profit. 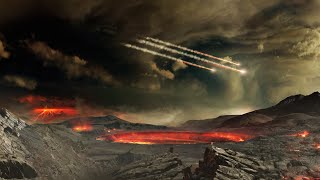 ORISIS-REx sounds like some type of fierce dinosaur, but in reality, it is named after ORISIS the Egyptian god of the afterlife, the underworld, and the dead.  It is an acronym for:

Return and analyze a sample of a pristine carbon-rich asteroid to study the nature, history, and distribution of its minerals and organic material.

SI – Spectral Interpretation
Define the global properties of a primitive carbon-rich asteroid to allow for direct comparison with existing ground-based telescopic data for all asteroids.
RI – Resource Identification
Map the global properties, chemistry, mineralogy of a primitive carbon-rich asteroid to define its geologic and dynamic history and provide context for the returned sample.
S – Security
Measure the Yarkovsky Effect* on a potentially hazardous asteroid and learn which asteroid properties contribute to this effect.
*A force caused by the emission of heat from a rotating asteroid that can change its orbit over time
REx – Regolith Explorer
Document the texture, morphology, geochemistry, and spectral properties of the regolith (surface material) at the sampling site.

​​SLXLM
ORISISREx is going to fly by earth this Friday, September 22nd, before catapulting itself towards a potentially hazardous asteroid named "Bennu."
Bennu just so happens to represent the “Phoenix” and the Egyptian god linked with the sun, creation, and rebirth.
It is at Heliopolis where the Benu bird first served as a symbol of solar deities and was believed to be the “lord of jubilees.”
Related to the verb weben (wbn), meaning "to rise", "rise in brilliance" or "shine" as well as ben-ben, and the up thrust sacred stone of Heliopolis.

"I go in like the Hawk, and I come forth like the Bennu, the Morning Star (i.e., the planet Venus) of Ra; I am the Bennu which is in Heliopolis, Benu is Osiris. In essence, the Benu was considered a manifestation of the resurrected Osiris.

Bennu was selected from over 500000 known asteroids by the OSIRIS-REx selection committee. Was it chosen for its name or symbolic nature?

Bennu crosses Earth's orbit every six years. In 2135, the asteroid may enter a "keyhole" between the Earth and the Moon where the gravitational pull of our own planet will tweak Bennu's orbit, potentially putting it on course for Earth later that century.

If you have a telescope you may be able to view it due to the reflected sunlight.  It will appear as a 9-11 magnitude star in brightness.  Those in the southern hemisphere will get a better view of this event.

The program is soliciting your people and the public to be ORISIS-REx Ambassadors.  Ambassadors can work in public venues or behind the scenes.

Beginning in the fall of 2018, ORISISREx will spend a year flying in proximity, and then take samples of the asteroid.  It will return to earth in the Fall of 2023 and land at the Utah Test and Training Range.