"Chooser of the Slain" 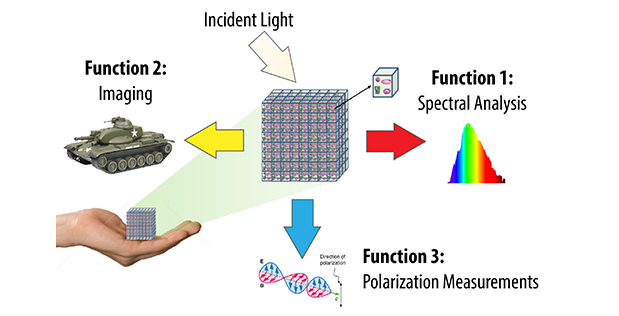 In a nutshell, researchers and scientists are experimenting with the restructuring of light and how it is dispersed for stealth operations.

EXTREME technologies are being employed in several projects:

EXTREME will enable the mounting of multifunction sensors on low-cost platforms, such as UAS, to be deployed in contested environments.

One example of such technology is Boeing's autonomous (unmanned) Valkyrie. The name Valkyrie comes from the Old Norse language meaning “chooser of the slain,” with two roots coming from geus, which means “to taste of or choose” and wele meaning “to strike, wound, or slaughter,” as well as “seized, prisoner.” In Latin, veles means “ghosts of the dead.”

What are the capabilities of these aircraft?

These aircraft were field tested during the 2020 Australian Wildfires.  One must ask the question why was an autonomous fighter jet sent to battle the wildfires?  What I uncovered was that the Valkyrie was not only used because of its sophisticated high technology, but because it uses ancient witchcraft and geomancy to cast spells upon people and lands.

These autonomous aircraft fly in a “distributed antenna” geometry, collectively creating a greater electromagnetic aperture.  That is similar to an electromagnetic lens used for mapping capabilities and can easily cast a net of witchcraft spells. If you find this incredulous you can view a few of the unclassified programs such as Geomancer at Thinking Machines.

Geomancer is an open-source library for geospatial feature engineering. It was developed by Thinking Machines to work with geospatial data, such as: identifying gaps in OpenStreetMap (OSM), providing geospatial analytics for their clients, and harnessing machine learning to estimate poverty from satellite imagery.  This program can locate you in your home and while you are traveling.  The AI program can determine everything from your quality of life (health) to income level - and so much more.  It knows your most intimate secrets.

Geomancer engineers features at scale. Built into the program is a feature of primitives called Spells. It also has library capability featuring Spellbooks, a great way for their clients to store and save features from their experiments.

Geomancer’s Core application programming interface (API) is powered by an SQLAlchemy backend that handles the translation of a Spell into a SQL dialect (programming language).  Alchemy is an ancient branch of natural philosophy, modern chemistry, and pharmacology; a philosophical and proto-scientific tradition practiced throughout Europe, Africa, and Asia.  Its aim was to achieve the transmutation of base metals into gold.  Technologically speaking, the elite are using this technology to drain the pockets of all other people, thereby making themselves wealthier.

A SpellBook is a collection of spells that can be sequentially cast and merged in a single data frame. You need to understand this geometric grid system was not designed for benevolent purposes. It is a piece in the final puzzle for destruction. It is useful for Geomancer's clients to have a feature-collection (library) that they can reuse or share with other people:

SpellBooks can be distributed by exportation.  This is a wicked perverted system.

These tools work in coordination with Sandia’s MIRAGE tool, which is a first-of-its-kind capability developed under DARPA’s EXTREME and National Geospatial-Intelligence Agency’s (NGA) Metalenses programs. The goal is to exploit symmetries to enable large-scale metal lenses to accomplish their tasks.


Seven teams led by Air Force Research Laboratory scientists and engineers will each receive $3 to $5 million per year as part of the Seedlings for Disruptive Capabilities Program (SDCP) to execute three-year projects and advance ideas that may create remarkable new capabilities for deploying weapons, such as Directed Energy at the speed of light.

How does this technology impact you?

Imagine a scalable weapon system that couples Dark Art witchcraft with modern technology, carrying a precision laser system capable of identifying a threat, and fully able to execute a full kill chain attack against an individual or swarm at the speed of a lightning strike.  If you feel a dark cloud of oppression above you - this is why.  This is the world in which we now find ourselves.