Your space weather for today:  Quiet

FEMA redesigned its Floodplain Maps and added Enforcement actions to extract a new revenue stream to help pay for coming disasters. Think of it as the Obamacare of Insurance designed to drain your pockets.  Some Americans are beginning to feel the big squeeze.

Up to 70,000, Broward County Homeowners May Be Forced to Buy Flood Insurance

The FBI Makes a Bizarre Claim About Pro-Choice Terrorism
The FBI is expanding its focus on domestic terrorism, and that includes pro-choice violence—even though such violence is so vanishingly rare, it’s all but nonexistent.

Among four broad categories of domestic terrorism that the FBI confronts, Wray said, is “abortion violent extremism.”
But Wray wasn’t only talking about the pro-life extremism that murders abortion providers in their churches, he hastened to add, but “people on either side of that issue who commit violence on behalf of different views on that topic.” The reason is that the agency crafts the global warming scenario as the world deepens into the Grans Dolar Minimum brings a great chill to our planet.  Read more

Twice a year, the Chen brothers Boris and Po-An hop onto the latter’s motorcycle and make their way up the mountainous district of Wenshan in Taipei. It’s a scenic journey that will take them past the leafy grounds of a solar farm that sits on a restored former landfill called the Fudekeng Environmental Restoration Park. The Taiwanese government implemented this urban rehabilitation project in 2003 to protect vestigial green space in the capital, hoping to repair damage caused by unfettered urban expansion through the 1980s.  Read more

The US Military Is Not Ready for a Constitutional Crisis

In nine years on duty, I received no training in how to uphold my oath to defend the Constitution. Today's troops need   Read More

Warning!  Inbound threats that the military *sees* that you do not A 2015 Soros-funded think tank predicted a 2020 breakdown of the global food supply following an outbreak -- just as Bill Gates' 2019 "event 201" simulated a global pandemic. Why are multiple billionaires been speaking to outbreaks and food insecurity in 2020?

While exploring the world's seed vaults, consider your own personal seed vault with seeds for the plants you love!  All you need are your favorite seeds, an organizer system, and a cool dark area.

The Unexpected Elegance of Apocalyptic Seed Vaults, In Photos

The images, by artist and professor Dornith Doherty, are ethereal and oddly comforting. 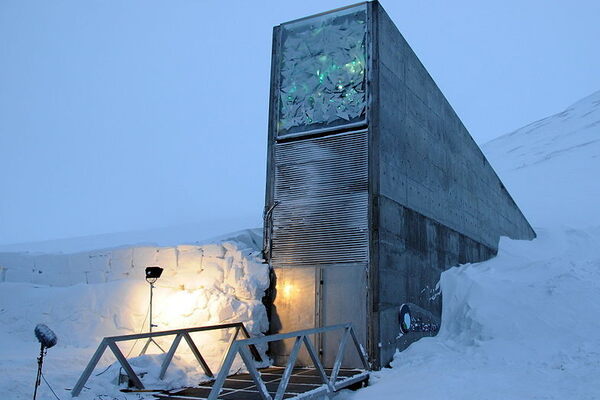 Nature photographers often zip on warm coats before lugging their cameras into the wintry outdoors. Dornith Doherty, an artist, and professor at the University of North Texas, bundles up to photograph nature indoors—and sometimes in suspended animation. Doherty documents the vaults and research hubs that store seeds for any number of uncertain futures.  Read more

The early solar system was a chaotic place, with evidence indicating that Mars was likely struck by planetesimals, small protoplanets up to 1,200 miles in diameter, early in Read More

Researchers analyzed the genome of 4,000-year-old mammoth remains that were found on Wrangel Island, a desolate spit of land off the coast of Siberia in the Arctic ocean. These mammoths may have been the last of their kind — and their genomes reveal that it may have been their isolation that eventually killed them.

In their final years on Earth, the mammoths likely carried a series of deleterious (harmful) genetic mutations that left them with myriad problems — all of which likely hastened their extinction.

The mammoths' genes reveal problems with their neurological development, fertility issues among males, and an impaired ability to smell.  Read more

How to protect yourself from electrosmog

Digital Authoritarianism: Finding Our Way Out of the Darkness

From Chinese government surveillance in Hong Kong and Xinjiang to Russia’s sovereign internet law and concerns about foreign operatives hacking the 2020 elections, digital technologies are changing global politics and the United States is not ready to compete, Naazeen Barma, Brent Durbin, and Andrea Kendall-Taylor write. The United States and like-minded countries must thus develop a new strategic framework to combat the rise of high-tech illiberalism, but as a first step, U.S. government officials need to understand how authoritarian regimes are using these tools to control their populations and disrupt democratic societies around the world.  Read more

The cabin is believed to date to the 1700s. (Screenshot via WNEP)

A condemned bar has sat awaiting demolition on the corner of Water and Front Streets in the small borough of Washingtonville, Pennsylvania, for more than three years. Recently, contractors finally began to tear the building down, only to discover a historic surprise hidden beneath the bar’s exterior: a log cabin, believed to be 200 years old, that is “very much salvageable,” as local council president Frank Dombroski tells WNEP’s Nikki Krize.  Read more

It’s very hard to extract ancient DNA from fossils found in Africa because heat and humidity can erode evidence of a genetic code over time. Because of this, scientists often have to look for signs of the ancient humans who once lived in Africa in the genes of modern people. And in a new study, researchers reveal that the genomes of living West Africans may hold clues to a mysterious hominin — a “ghost” human species that currently can’t be identified.  Read more

Unique Bone Figurine Discovered in One of World`s Oldest Cities Polish researcher discovered a human-like figurine is one of the oldest cities in the world: Çatalhöyük in Turkey. This is the first such object made of bone known from this place. The find is about 8,000 thousand years old.

The discovery was made in one of the largest proto-city centers of the first farmers and one of the most famous archaeological sites of the world: Çatalhöyük, located in the southern part of the Anatolian Plateau in central Turkey. Çatalhöyük was inhabited continuously for over a thousand years between 7100 and 6000 BC, i.e. in the Neolithic era. The figurine was found in 2016. The conclusions of its expert analyses are presented in Archaeological and Anthropological Sciences. 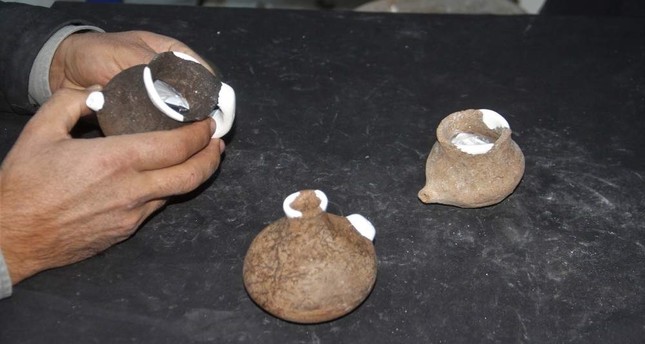 Archaeologists have discovered ancient baby bottles dating back to 2500 B.C. during excavations at Norik Mound in Turkey's eastern Bingöl province.

The discovery was made at the early Bronze Age settlement in Murat village in Bingöl's Solhan district, Ihlas News Agency (IHA) reported Sunday. Archaeologists found three artifacts with spouts identified as baby bottles made out of clay. The bottles had single handles and could hold approximately 50 to 150 milligrams of liquid, the report said.  Read more

God and a Glock: Texas Churchgoers Are Training to Fight Off Attackers Wielding Guns

A cottage industry is growing in Texas of security firms that train churchgoers with police-like tactics. Pergamon’s strategic location along both land and sea trading routes contributed to its prosperity. Pilgrims from all over the Mediterranean region would flock to the city to engage in commerce or to visit the famous Ascelpion, a center of medical treatments.

Perched atop a windswept mountain along the Turkish coastline and gazing proudly—almost defiantly—over the azure Aegean Sea sit the ruins of ancient Pergamon. Although the majority of its superb intact monuments now sit in Berlin’s Pergamon Museum, enough remains of the acropolis for the visitor to sense the former greatness of the city that once rivaled Alexandria, Ephesus, and Antioch in culture and commerce, and whose scientific advancements in the field of medicine resonate through the corridors of today’s medical treatment facilities. Juxtaposed sharply against this image of enlightened learning is that of “Satan’s Throne,” as described by the prophet John of Patmos (Revelation 2:12–13), which some scholars interpret as referring to the Great Altar of Pergamon, one of the most magnificent surviving structures from the Greco-Roman world. Read more

Part of the, "You can't deal with crisis or disaster roll out."  I would not use it.

Snapchat will now offer mental health tools in the app

Snapchat has released a beta version of a search tool called “Here For You” that will connect users to mental health resources.

This is a word of encouragement from Shir HaShirim, Songs of Songs.  You, my friends, are a rose among thorns.  Discover how a simple rose describes our walk of faith.